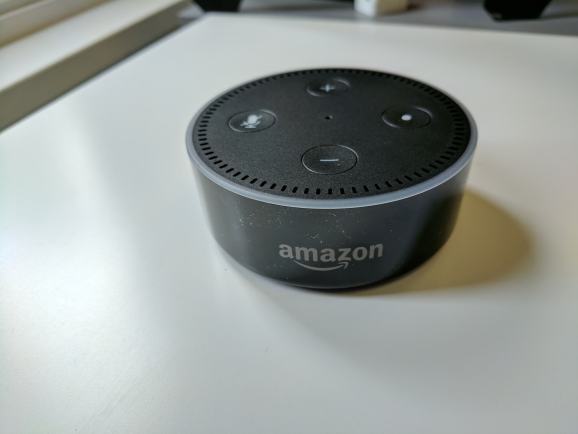 Some people have wondered if smart speakers like Amazon’s Echo devices, or its closest contender, the Google Home, are constantly capturing audio data, rather than just listening when the right wake word is uttered. Now a court case is bringing the issue to the fore, and it could potentially show whether that’s actually happening.

The case, involving the investigation of a homicide in Bentonville, Arkansas, was unearthed earlier today by The Information. (Hat tip to ZDNet’s Zach Whittaker for subsequently locating the case’s documents.)

The original affidavit for a search warrant from Bentonville police detective corporal Josh Woodhams clearly conveys uncertainty as to what exactly the speakers record:

The Amazon Echo device is constantly listening for the ‘wake’ command of ‘Alexa’ or ‘Amazon,’ and records any command, inquiry, or verbal gesture given after that point, or possibly at all times without the “wake word” being issued, which is uploaded to Amazon.com’s servers at a remote location. It is believed that these records are retained by Amazon.com and that they are evidence related to the case under investigation.

To be clear, the Echo does have a mute button, which you can press if you don’t want the device to listen in. This is also true of the Echo’s smaller siblings, as well as of the Google Home. And both Amazon and Google allow users to delete voice recordings. But consumers can only take companies at their word when they say the devices absolutely do not record when they are muted and have not been triggered with a wake word.

“All the devices that come with the Google Assistant are designed with privacy in mind,” A Google spokesperson told VentureBeat in an email. “Google only stores voice-based queries received immediately after recognizing of hotwords ‘OK Google’ or ‘Hey Google.’ Hotword detection runs locally on the Google Home device across a short snippet of microphone data. If the hotword is not detected on that short snippet, the snippet is immediately discarded. If the hotword is recognized, the data, including the query contents, are sent to Google servers for analyzing and storage in personal activity history.”

In this case, Amazon complied with the search warrants “but only supplied a portion of what was requested,” Woodhams wrote. (The Amazon spokesperson wouldn’t comment on this specific case but noted that “Amazon will not release customer information without a valid and binding legal demand properly served on us.”) Presumably the detective was hoping for something more along the lines of a constant stream of audio from the two-day span that he had asked Amazon about in the warrant.

But, as The Information points out, the case is “due to go to trial” early in 2017. That could shed more light on the data collection norms of this trendy type of technology. (Coincidentally, today Amazon said that the Echo and smaller Echo Dot were “the best-selling products across Amazon this year.”)

This case may end up raising questions about how much audio smartphones, tablets, and even earphones that listen for “OK Google” or “Hey Siri” are actually recording.

Depending on the degree to which these smart devices are listening, they may pose a more interesting target for surveillance, or even just for more frequent law enforcement requests.