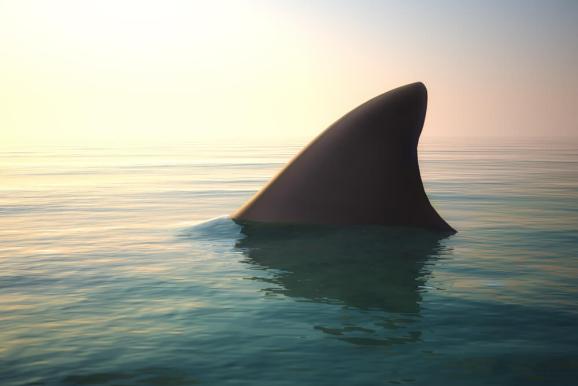 The implications of artificial intelligence (AI) have been a discussion point ever since the term was coined back in the 1950s, and it continues to generate both wonder and unease in equal measure. Stories about new applications of AI appear every day. The pace of change is so rapid that we do not have time to adjust to the new normal before the next advancement has been made and reported in the news, which contributes to the feelings of anxiety that this subject can generate.

Many news stories focus on the fear of job automation, with some predicting that up to half of jobs will be computerized within the next 20 years. The fear of mechanization has existed since the Industrial Revolution of the 18th century, but new industries and jobs have always previously been created that balance out the ones being disrupted. That is not the case now — the shift to AI does not itself open up new industries and occupations for the people it displaces. Every announcement of a new capability demonstrated by AI brings with it the inevitable question of what will happen to the people who have made careers for themselves in the job being replaced.

Yet there are many ways in which AI will bring tremendous value and benefit into the world for huge numbers of people, and influential people are aiming to ensure that this is the focus of AI development. IBM, Facebook, Microsoft, Google, and Amazon recently formed the Partnership on AI to benefit People and Society to create best practices, advance understanding, and serve as a platform for discussion. OpenAI, funded by Elon Musk, is looking to develop digital intelligence in the way that is most likely to benefit humanity, while the IBM-sponsored AI XPRIZE is challenging global teams to demonstrate how humans can collaborate with powerful AI technologies to tackle the world’s grandest challenges.

The world can benefit through better and more widespread education, and both the reach and quality of education can be improved through AI. For thousands of years we have taught groups of people the same things in the same way in the same place at the same time (also known as a school), basically speaking to the average capabilities of the group.

Through natural language processing, which is the process by which an AI entity can understand and interpret requests, AI can enable the democratization of expert knowledge and information for huge numbers of people who would ordinarily lack access to those who can supply the information they need. Combining this with increasingly sophisticated personalization means that a new era in education beckons, with learning tailored to suit the strengths and weaknesses of every unique individual in terms of what and how they are taught.

The vast reach of these technologies also enables the potential to educate people in places where resources are in short supply, thus improving the potential futures of children in entire regions. Companies such as iMlango have already embarked on a first phase roll-out to 150,000 primary school children in Kenya.

More headline news has been generated by the use of AI in the health sector. IBM has been pushing Watson hard in this area, and it has already saved lives by diagnosing rare forms of leukemia based on millions of cancer research papers.

Google’s Deepmind team has partnered with Moorfields Eye Hospital in London, using machine learning and computer vision to diagnose and analyze ailments such as glaucoma and cataracts, helping doctors to save the sight of people who may otherwise have lost it. The Deepmind team is now helping the NHS — the UK’s public health service — to streamline patient care processes.

AI provides problem-solving on demand and in seconds, working on every possible permutation of a problem in parallel, available 24 hours a day, every day. The potential benefits to come from applications of AI could be world-changing in the truest sense of the term.

AI truly is a revolutionary technological development, but it is up to us to decide how best to use it. The fears for an automated world are all too real and must be addressed, but rejecting technological progress has never been an option — it wasn’t for the those who rebelled against machine looms in the 1800s (the original Luddites), and it isn’t now.

Fear of AI will not help us use this important tool for change. We must work to prepare the world and its inhabitants for the future of AI. This means educating the next generations so that they emerge with a full role to play in the world being created for them. It means decoupling the distribution of the resources needed to live from the work that people do. It means taking an active role in the reshaping of the world to maximize the benefits of AI for everybody, while minimizing the disruption it will cause.

There are those who are doing just that, with a number of pilot programs based on the idea of a universal basic income being rolled out in Finland, Netherlands, and Canada, as well as by the Give Directly organization in Kenya. Our best political, sociological, and economic minds will need to devote their attention to finding ways to help those whose roles are made obsolete through automation, perhaps completely redefining what “jobs” mean in a world where human labor is becoming increasingly unnecessary. This will be a time of vast and dramatic changes, and we must be proactive in how we face those changes.

We must ensure that progress is not driven solely by financial gain. Embracing the positive contribution we can make through AI is the first step in helping to solve the very real problems facing the world and creating a brighter future we can all believe in.