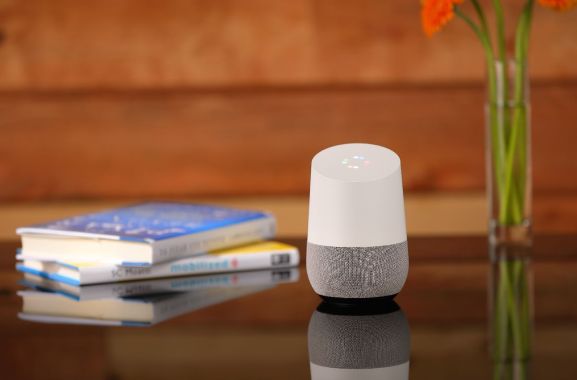 Google Assistant and the smart speaker Google Home have some opinions on how to be a better person in 2017.

Ask “What should my New Year’s resolution be?” and the AI assistant will tell you to do things like write a novel or pick up calligraphy.

Here are the five answers to the question Google Assistant gave VentureBeat when we asked earlier today.

Nothing earth-shattering or controversial about this ability, but it’s not a question Alexa or Siri attempt to answer.

1. You could write a novel or keep a journal. Either way, writing is good for you in many ways.

2. Try to make someone smile every day.

3. It might be great to volunteer. You will help your community plus meet some kind-hearted people.

4. You could learn a new language.

5. You could pick up a new hobby, like bird watching or calligraphy.

Google Home also has an opinion on the best way to lose weight, one of the most common New Year’s resolutions. When asked “How do I lose weight?,” Google Home serves up a top result, one of those results that sit in a grey box at the top of a search query.

According to Authority Nutrition, eating a high protein breakfast has been shown to reduce cravings and calorie intake throughout the day. Avoid sugary drinks and fruit juice. These are the most fattening things you can put into your body and avoiding them will help you lose weight. Drink water a half hour before meals.

This answer from top results is especially interesting, because I don’t think I’d ever willingly seek out the opinion of authoritynutrition.com.

Google Assistant didn’t have much to say about other common New Year’s resolutions. The assistant was unable to answer questions like “How do I exercise more?” or “What’s the best way to save money?”

As simple or gimmicky as the ability to dole out New Year’s resolution advice may be, a distinct personality may have an impact on sales and adoption, as assistants like Cortana from Microsoft, Siri from Apple, and Alexa from Amazon attempt to distinguish themselves.

Intelligent assistants are fighting for space in mass-market devices, not just smart speakers or smartphones.

For example, in recent months, plans have been announced to integrate Alexa into a lamp, vacuum, and watch.

Google Home first became available in October for $129. Expanded actions like the ability to order pizza or get news briefings that are now available on Google Home will be made available for Pixel smartphones and Allo chat app in 2017.