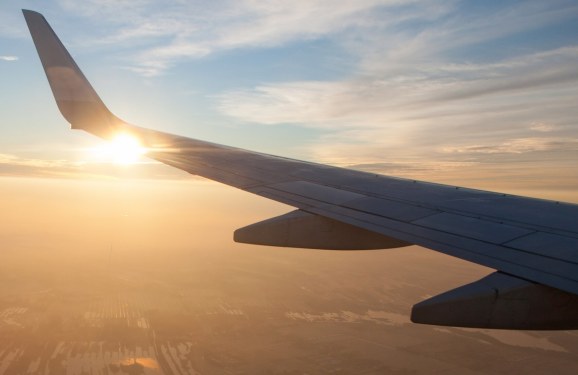 Aerial view on the sunset and airplane wing from the inside

I was talking to Eric Bahn from 500 Startups the other night. He was telling me how he had once missed an investor meeting because his flight out of London got delayed — a scenario I’ve heard multiple times before. But Eric concluded with something that stood out to me:

“I think the worst thing in all of this was the feeling of betrayal because of the complete absence of empathy or even slightest desire to help on behalf of the airline staff. Knowing that you’re at the mercy of these people sucks… it’s not like I can hop behind the desk and book myself on the next flight out.”

Eric is spot on. I think part of the reason we’ve been seeing such a surge in disruptive technologies is because people are simply fed up with the continuously deteriorating service they’ve been receiving from the old school market leaders. We’ve never been more interconnected, and we expect that relationship to transpire across businesses and improve the service we receive. That’s why we opt for Airbnb instead of a large hotel chain, chose Uber over a taxi, and send Bitcoin instead of wiring money through a bank.

But the airline industry seems to be harder to crack. It’s conservative, heavily regulated, and concentrated in the hands of few incumbents. What is seen as “disruption” seems to be nothing more than operational optimization and cost-cutting, which is followed by increasingly miserable user experience…and that is precisely where you find an opportunity to make a difference.

Millions of passenger plans are disrupted annually because of an excessive flight delay, cancellation, or overbooking. Many of these people have no idea that they are legally entitled to compensation. The few who do usually end up like Eric — enduring months of (mis)communication by telephone, email, fax, and snail mail, only to have their claims rejected without solid grounds. As a result, billions in airline compensation remains unclaimed every year. But here’s the punchline: this type of compensation is basically a contingent liability included in the airfare, so by not paying it, airlines essentially pocket Eric’s and everybody else’s money.

The International Air Transportation Aviation (IATA) expects passenger traffic to grow at an average 3.8 percent per year, reaching 7 billion passengers over the course of next 18 years. For airlines, the combination of trying to cope with the infrastructural challenge while meeting the growing demand, increasing consumer expectations, keeping the margins slim, and staying competitive creates a difficult environment, to say the least.

We created ClaimCompass to automate the process of making a claim for compensation. Our claimbot ties into our greater goal of becoming the first stop when things go wrong on a flight. We can’t prevent some things from happening, but we want to cut them short as early as possible.

Airlines haven’t exactly been idle in this area: We’ve found we have to constantly deal with changes in procedures, terms, and conditions. Some airlines allegedly go as far as refusing to work with us, while also completely ignoring passengers’ claims. We combat that by only handling claims that have a 100 percent theoretical chance of success.