Hong Kong-based Hubblo is announcing the Hubblo VR camera — a 3D livestreaming device that can stream at 4K — at CES 2017, the big tech trade show in Las Vegas this week. The all-in-one camera will shoot 4K video and debut for $1,000.

“Hubblo makes it simple for anyone to virtually share an experience and communicate at the same time,” says Hubblo founder and CEO Eric Tsang, in a statement. “Artists, performers, event hosts, and anyone who wants to expand their audience beyond a physical location can simply do it with the push of a button.” 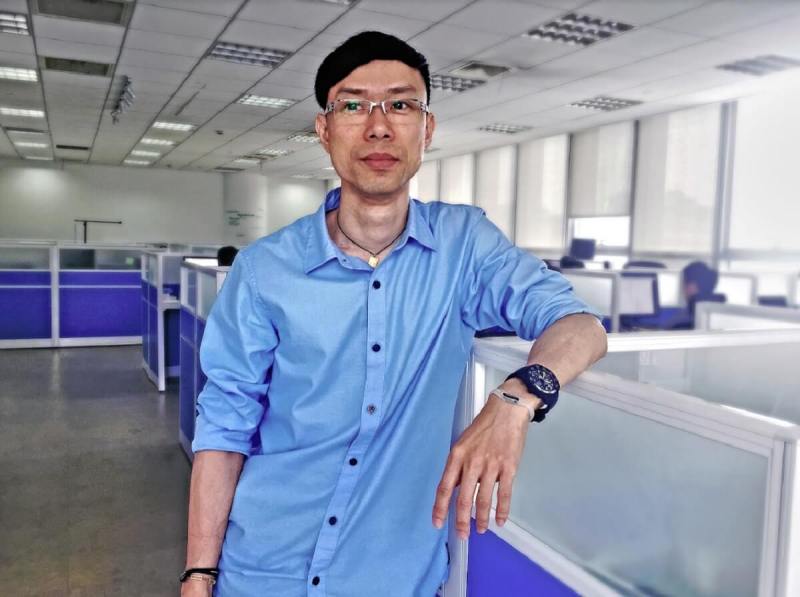 Above: Eric Tsang, CEO of Hubblo.

Hubblo has applied for patents for the way it processes image signals through its proprietary hardware design. It gathers data from all six cameras simultaneously, correcting and stitching the data in real time to create a stunning, 360-degree, 3D-immersive video stream. Rivals such as Nokia’s Ozo do that as well, but Ozo costs $45,000. The video can be broadcast or stored in 4K quality, and can be viewed with any VR headset using Hubblo’s mobile apps, the company said.

The Hubblo VR camera is portable and lightweight, handheld or tripod mountable, storing about an hour of battery life in one charge. The camera is shorter than an iPhone 6, and you don’t need any additional software. You just need high-speed internet access and cell phone apps, which can be downloaded for IOS or Android.

Tsang, a hardware pioneer who worked at OPTi, Broadcom, and bFrame Logic, is a self-proclaimed “hardware geek” with a special interest in video-related technology. He started Hubblo out of frustration with the trade-offs in existing 3D recording technology.

His last startup project, Montage Technology Group, went through an initial public offering in 2014 at a value of more than $70 million.

“We are making products for two to three years in the future, not copying something that already exists,” Tsang said. “Our core innovation is to do with video streaming quality and immersiveness; this tech is at least one year ahead of the market.”

The company is making manufacturing samples now. The Hubblo VR camera will ship in the first quarter of 2017. The company plans to raise money via crowdfunding, and early backers will receive discounts. Hubblo has 25 employees in Hong Kong and Shanghai. It raised a seed round but has not disclosed the amount.