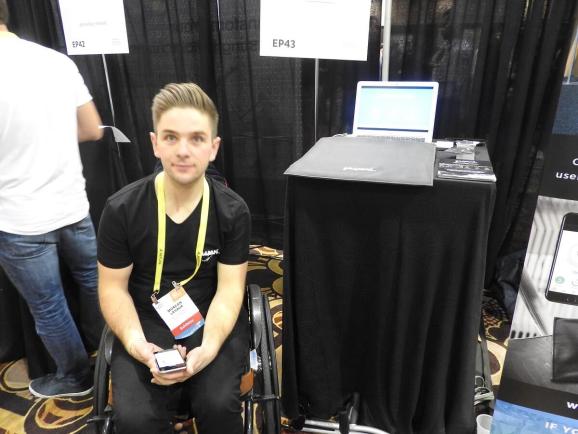 Morgan Lavaux is CEO of Gaspard.

French startup Gaspard unveiled a connected wheelchair with the ability to track a person’s position on the chair. It is one more smart device in the Internet of Things, and it could make life better for millions of people.

Wheelchairs do a lot for people with disabilities. But modern technology can make them do a lot more. Morgan Lavaux, CEO and cofounder of Nantes, France-based Gaspard, came up with the idea of creating a better wheelchair after a terrible sports accident left him tetraplegic for two years. Lavaux and his company are showing off the Gaspard mat at CES 2017, the big tech trade show in Las Vegas. I met them at the CES Unveiled party on Tuesday evening.

Lavaux saw that people in wheelchairs — there are 3.3 million of them in the U.S. alone — can develop back problems and even bedsores from the long periods of immobility that comes with being in a wheelchair. Bad positioning can cause severe disease and lead to pain, both physical and psychological. But with the Gaspard connected mat, people in a wheelchair can get real-time notifications when they need to adjust their sitting position. 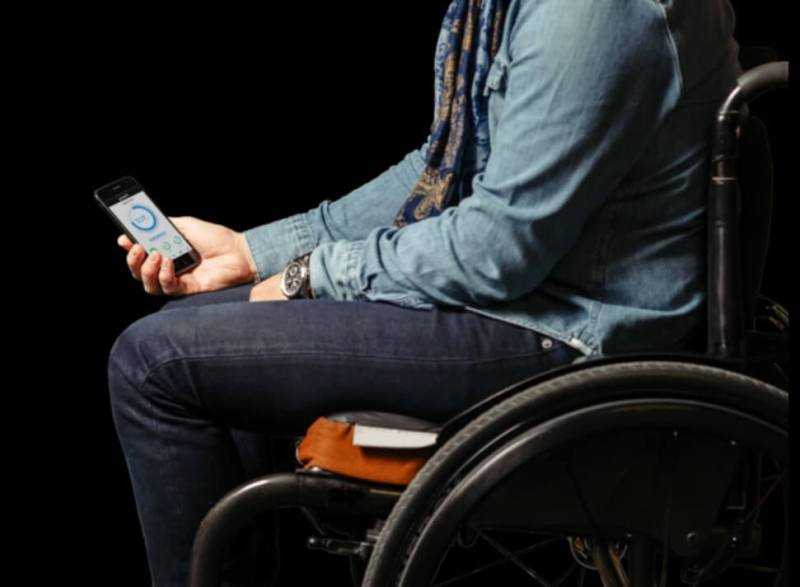 Above: Gaspard is a mat that makes a wheelchair smarter.

Gaspard’s mat has sensors that can track the pressure on the surface of the mat. From that pressure, the system can figure out if the person has a good or a bad posture, or has a posture that isn’t changing frequently enough. The app that goes with the mat can tell the person in the wheelchair that he or she should change position and engage in physical activity.

Going back and forth between the hospital and his wheelchair, Lavaux discovered that immobility on top of a lack of sensitivity was risky and can lead to a lot of pain. He also realized there were no existing connected tools to help disabled people stay active. Once he came home from the hospital, he learned it was now much more complicated to correct a bad position and then properly shift his weight. With his friend Valentin, a developer who is passionate about new technologies, they created Gaspard.

For people in a wheelchair, the pressure ulcers due to a long period of being stationary can become a nightmare. The Gaspard mat analyzes the patient on an ongoing basis. It monitors weight loss, inactivity, and poor positioning of the person as it scans. It can even tell if the wheelchair cushion itself is causing issues. Then, using the accompanying app, Gaspard acts as a personal coach to inform the person as well as the people surrounding them (caregivers, doctors, etc.) through push notifications.

Lavaux said that the company eventually hopes to add more functions, such as detecting whether a wheelchair has toppled and its user may need help. But that’s not on the horizon at the moment. The Gaspard mat is expected to debut around the end of the year. Gaspard raised some money last year. The company has five employees. The mat will cost $200 to $250. 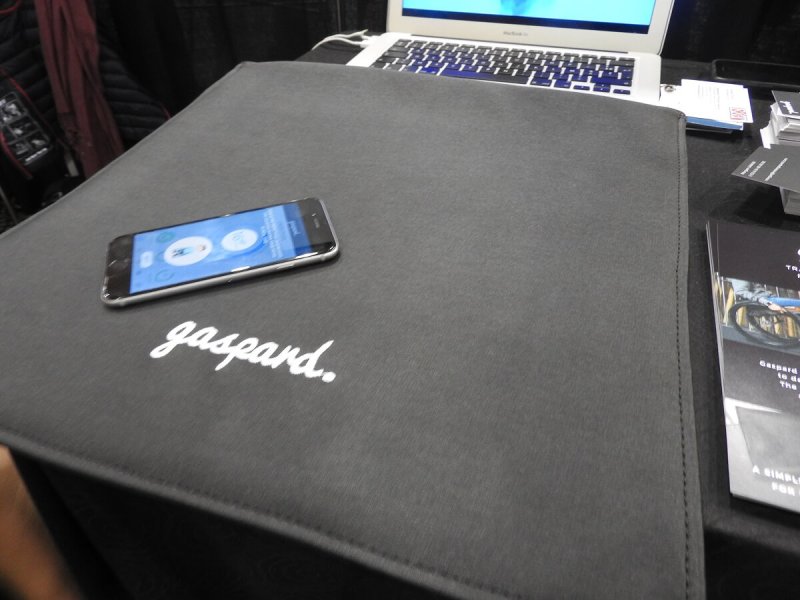 Above: The Gaspard mat