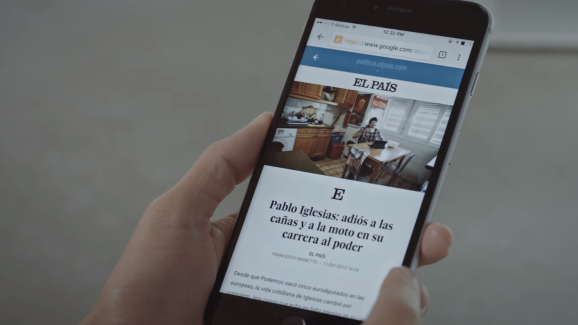 Google today said that it has started to show an even tinier version of websites for certain people browsing the internet on mobile devices.

The new AMP Lite page format includes compressed images and image data, among other things, so that articles and other websites will load even more quickly and take up even less data than standard AMPs, or Accelerated Mobile Pages, which Google first introduced in 2015. AMP Lite will take up 45 percent fewer bytes than what publishers post, which is what appears on standard AMP pages.

At this point, Google is only showing the AMP Lite pages for users in Vietnam, Malaysia, and other countries where people use slow wireless networks, and also for individuals whose mobile devices don’t have much RAM, Google software engineers Huibao Lin and Eyal Peled wrote in a blog post.

“These optimizations may modify the fine details of some images, but do not affect other parts of the page, including ads,” Lin and Peled wrote. Google introduced AMP for ads in July.

The AMP software is open-source, with people from several companies collaborating on it, while Facebook’s Instant Articles system offers a similar effect but is proprietary. The AMP Lite technology is not (as of yet) part of the open-source AMP project, a Google spokesperson told VentureBeat in an email.