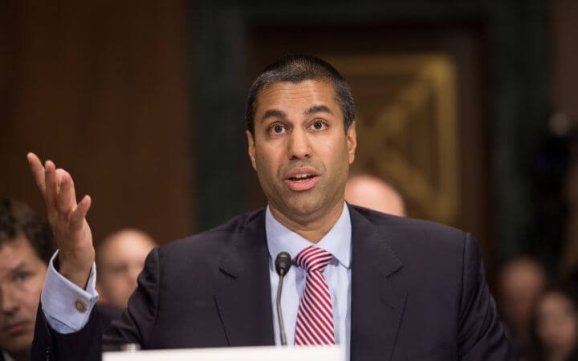 Two year old federal net neutrality rules, which prevent Internet service providers from blocking or slowing websites and online services, could be an early casualty of the new Trump administration.

On Friday, Politico reported that the incoming president had decided to elevate current Republican commissioner Ajit Pai to be the new chairman of the Federal Communications Commission, which adopted the rules. Pai met with Trump in New York on Monday.

Pai, 44, has been outspoken in his opposition to the rules, which defined Internet service as a “common carrier” function, much like traditional phone service. Courts had struck down several earlier attempts to prevent online discrimination, saying the FCC lacked authority to impose regulations without the common carrier designation.

A former lawyer for Verizon, Pai also worked on the staff of the Senate Judiciary Committee and the Justice Department’s antitrust unit.

In a speech in Washington last month after Trump’s electoral victory, Pai vowed that Republicans on the commission would take a “weed whacker” to a variety of rules adopted under Obama appointee and former Democratic chairman Tom Wheeler. Wheeler resigned on Friday and warned Republicans that eliminating the net neutrality rules would be harmful.

Pai, in his speech last month, took the opposite view and specifically critiqued the net neutrality rules, which rely on laws in Title II of the federal Communications Act.

“On the day that the Title II Order was adopted, I said that I don’t know whether this plan will be vacated by a court, reversed by Congress, or overturned by a future Commission, but I do believe that its days are numbered,” Pai said in the speech. “Today, I am more confident than ever that this prediction will come true.”

The rules were adopted to prevent dominant Internet providers like Comcast (CMCSA, +1.32%), Verizon (VZ, +0.69%), and Charter Communications (CHTR, +0.75%) from blocking or slowing access to web sites and services. The intention was to prevent the Internet service providers from hindering the rise of new services, perhaps online video that would compete with their own cable TV offerings, either through technical means or by imposing hefty fees. Netflix (NFLX, +0.14%) CEO Reed Hastings, who has long backed the rules, said this week that his company was established enough now to survive without the protection.

The big Internet providers have argued that the rules were unnecessary and deter them from investing as much in improving their networks to provide higher speed service.

“Next year’s Commission should consider acting quickly to reverse any damaging policies put into place over the last eight years and in the last few weeks of this Administration,” O’Rielly said in a speech last month.