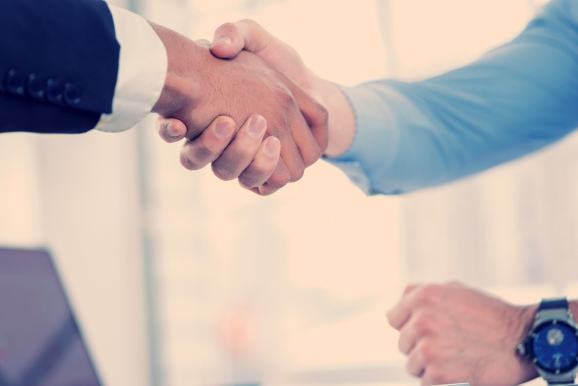 Corporate venture capital (CVC) is an investment by a corporate (fund) into external startups in order to make a financial return or to gain a competitive advantage. CVC is a polarizing subject and opinions are divided. Fred Wilson from Union Square Ventures believes that it’s evil and corporates should not invest in startups but simply buy them. While Marc Andreessen from Andreessen Horowitz on the other hand is co-investing with corporations such as General Electric. Whatever the opinions are, fact is that CVC is on the rise, also in the old continent.

In order to get a good overview of the scene, Sirris.be, the non-profit I work for that maps European technology scaleups, recently looked at all of the European tech companies that have raised at least $1 million in 2016 from corporates. The data (which you can view here) is comprised of $17 billion funding and more than 1,650 transactions from 31 countries. Additional input came from the Corporate Venturing Europe group.

How big is the CVC impact in Europe?

Corporates have been involved in at least 292 deals worth $4 billion in investments in 2016. The biggest investment was $398 million in Africa Internet Group by AXA and Orange.

While the European scaleup ecosystem is strongly oriented towards B2B, CVC investments are more balanced: 51 percent in B2B and 49 percent in B2C companies.

The majority of CVC are balance sheet investments, although there is a trend towards dedicated corporate venture capital funds. CVC funds are often exclusive to a single corporation, although there are also CVC funds that are co-investments of companies that have complementary activities, such as Aster Capital, which was jointly created and funded by Alstom, Schneider Electric, and Solvay Rhodia. We even see co-investments from competitors, such as the Belgian SmartFin Capital fund, where competing banks (Belfius and ING) participated.

France is the European CVC champion

The Nordic, once again performs well, with Stockholm (13) and Oslo (9 deals) on position 4 and 5. In fact 29% of all investments in Norway have corporates involved.

The usual suspects: Salesforce and Intel

Salesforce Ventures (11 deals) and Intel Capital (8 deals) are the most active investors leveraging their CVC funds for extending their ecosystem and reinforcing their core offerings.

Salesforce is focused on investing in scaleups that are an extension of its platform, often marketing tech companies. It co-invested in French Augment and Dutch Emark. Salesforce Ventures was involved in $286 million of investments in Europe last year.

Intel invests across a wide number of industries, including automotive, software development, manufacturing, supply chain, virtual reality, and Internet of things. It always co-invests with other VCs and CVCs. Intel Capital was involved in $223 million of investments.

Both Salesforce and Intel made a significant investment in Sigfox, a French provider of Internet of Things connectivity. Sigfox raised a $161 million series E with participation of Total, Tamer Group, and Air Liquide.

SNCF is one of the most active CVC investors in Europe investing strategically in new technologies and innovative business models in the mobility space, with five deals amounting to $43 million. Its investments include OnePark (a parking market place), Allocab (a private driver market place), and LuckyLoc (a rental car market place). SNCF invests alone or in combination with other CVCs such as insurance company Allianz.

The industry that attracted the highest number of CVC investments: FinTech

It should be no surprise that FinTech saw the most CVC investments last year, as this is the most funded industry in Europe. FinTech scaleups received 42 deals worth $499 million from 48 corporate investors. The most active CVCs in the FinTech space are Orange (French telco) and Allianz (German insurance company).

Some surprising FinTech investors are pharmaceutical companies Merck and Pfizer, which invested $13 million in Spanish Storm, a Point of Sale device provider that offers a gateway for merchants to connect with their main stock suppliers. Another remarkable CVC is the World Bank, which co-invested with Peter Thiel in German Kreditech, a scaleup offering Credit-as-a-Service to underbanked consumers. And lastly, betting company Betfair invested in Moneybox, which is targeting millennials with saving and investment services.

As for the buzzword of 2016 — blockchain — Santander, KfW, Allianz, Groupe Duval, and Thomson Reuters invested in blockchain scaleups Elliptic (UK), Bitwala (Germany), SmartAngels (France), and Funderbeam (Estonia) for a total of just $12 million.

The other buzzword of 2016, artificial intelligence, saw investments from Axel Springer, Allianz, Convoy, and Taipei Fubon Bank, which invested in AI-focuses FinTech scaleups such as Clark (Germany), MoneyFarm (Italy) and Nutmeg (UK) for a total of $74 million. Surprisingly, except for Nutmeg, there were no CVC investments in FinTech business models based on robo-advisors.

Nine FinTech scaleups received CVC funding while graduating from an accelerator: three from Finleap, two from Seedcamp, two from Startupbootcamp, one from Microsoft Accelerator, and one from L’Atelier BNP Paribas. They collectively raised $120 million.

With the fast changing mobility landscape and the race to autonomous vehicles, it’s not surprising that a number of incumbents want to safeguard their position by investing in promising technology or innovative business models. More than $536 million is been invested in mobility and automotive related scaleups.

Intel has even bigger plans in 2017 by investing in Here, a German autonomous vehicle technology provider owned by the car-maker consortium of Audi, BMW, and Daimler. Porche invested in car parking company Evopark. Volkswagen invested in Hubject, an “eRoaming” platform that aims to connect EV charging stations. Founded in 2012, Hubject already counts BMW, Bosch, Daimler, and Siemens among its owners. PSA Peugeot Citroën invested in Koolicar, a French scaleup that allows people to share or rent vehicles without the need to exchange keys.

Another quickly changing landscape is energy. The European Union aims to make renewable energy 20 percent of its overall energy supply by 2020.

A group of oil giants (Chevron, ConocoPhillips, and Statoil) invested in Scottish Lux Assure, which develops chemical monitoring technologies. Total, on the other hand, invested in FinTech (Particeep) and IoT (SigFox). Finnish Rocsole, developer of a 3D-imaging enabling accurate process control leading to savings in process chemical and energy consumption, received funding from Shell and Repsol.

General Electric invested in both the Series C and D of German Sonnen Group, manufacturer of transportable intelligent lithium storage systems. Houston-based Envision Energy also participated in the $93 million investment that Sonnen raised in 2016. Also GE invested, together with Ericsson, in IoT startup Resin.io from London.

According to Frost & Sullivan’s study “The future of Europe,” there’s an increasing shift towards the cognitive era where devices are getting smarter and smarter. This shift is particularly Eurocentric. Even Silicon Valley giant Google made its largest acquisition by investing in UK-based DeepMind. Similarly, IBM made Munich its headquarters for AI research and applications. Many companies are trying to get on the AI bandwagon, and machine learning is probably the buzz word of 2016.

Consider German AX-Semantics, which creates semantic software that automatically generates text content based on data only. It can create 30,000 stories per day in multiple languages. It received $5.4 million funding from media companies Müller Medien Group and NWZ Digital.

Then there’s Cambridge-based Luminance, promising to free lawyers to focus on what matters by using artificial intelligence to provide forensic insight into a company. It received funding from Slaughter and May, a London-based international law firm and a member of the Magic Circle of elite British law firms.

Bottom line: The European CVC market is in good shape

The European corporate venture capital market is flourishing, with France and UK in the lead. The 2016 landscape is marked by an increasing number of industries using corporate venture capital to get ahead in the game. This is fertile soil where many young companies can receive support during the critical phase of upscaling. Alternatively, a startup can help a corporation to step away from its own paradigm by accessing a new R&D layer. Corporate venture capital has a bright future in Europe and will gain influence in the coming years.

Omar Mohout is a former tech entrepreneur turned startup adviser. He works with Belgium-based Sirris, is a board member at Startups.be, and is also professor of entrepreneurship at the Antwerp Management School. He has written a few books for startups, including Lean Pricing.