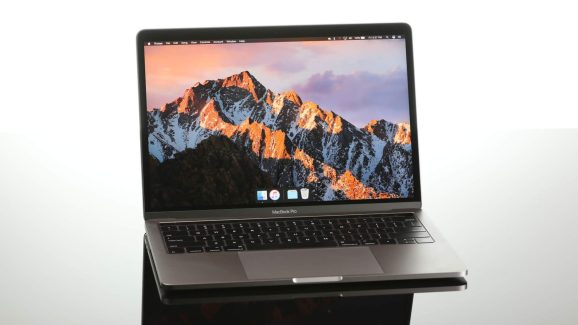 Apple today started rolling out the first developer beta of macOS Sierra 10.12.4, an update to its desktop operating system that will become available to everyone in the coming weeks. While it won’t carry massive changes, it does pack a meaningful one: the Night Shift feature for adjusting the color temperature of the display during certain hours, which can help sleep.

This feature — which generally makes displays easier on the eyes during later hours and is thought to perhaps make it easier to fall asleep — made its debut in iOS 9.3 last March. Interestingly it was not included in the full release of the iOS 9 or iOS 10 mobile operating systems, just as Night Shift didn’t make it into the inaugural version of macOS Sierra, which became available to everyone in September.

The timing is good on Apple’s part, as Microsoft included a similar feature in a preview build of Windows 10 earlier this month. That release should be coming out later in early 2017.

On iOS, Night Shift works like so: You can schedule it to go on between sunset and sunrise, or during a schedule that you can select down to the minute. You can adjust how warm the color temperature goes during Night Shift — the warmer you set it, the more orange-y it gets. You can also manually enable it for the day. Much of this functionality is available in Night Shift for the Mac, although you can’t actually see the manual Kelvin degrees when changing the color temperature. But you can toggle it on and off from the Notification Center, as 9to5Mac points out.

Google included a Night Light feature on its Google Pixel and Pixel XL smartphones. Google has included a “Cool color temperature” feature in Android developer previews, but nothing like it was part of final release of Android 7.0 Nougat.

Not that Mac users haven’t been able to adjust the color temperature on Macs. In 2009 a small company called f.lux released an app for doing just that, and the app remains available. It shows you the Kelvin degrees of the display at different hours. The bedtime setting in f.lux removes 80 percent more “alerting light” than the default setting in macOS Sierra, f.lux president Michael Herf told VentureBeat in an email.

Also today Apple started rolling out a developer beta of iOS 10.3. One of its significant features is much needed support for AirPods in Find My iPhone. The support will only work with the iOS device that’s most recently been used with AirPods. The AirPods will make a loud noise when the feature is triggered. Apple removed an app that performed a similar function from the App Store recently.