This week, Travis and Stewart continue their Web Summit series of interviews with the excellent Stephane Kasriel of Upwork, which connects more than 12 million freelancers with over 5 million customers. We find out how it manages such a diverse and expansive community, and what has changed since mobile became dominant.

And in the news, it is all about how machine learning is transforming marketing technology. Maybe in the future, marketers will be able to focus on being creative again, instead of on being technologists. Oh, and we brag a little in this episode. Sorry about that, but someone has to do it.

By listening to this episode of the VB Engage podcast, you will hear:

This episode was the square root of 6. That shows consistency, folks. 36 episodes. Boom!

But get this: Episode 037 is even better than this one! Next week, we have the one and only Joseph Gordon-Levitt, actor and cofounder of HitRecord. He founded the site with his brother back in 2003, and it has grown a community of over 500,000 productive members. 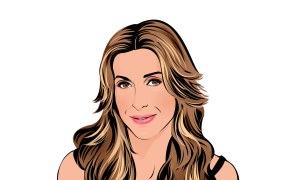 If you missed last week’s episode with Katia Beauchamp, you can listen to it right here.

Katia Beauchamp of Birchbox invented the original box subscription service. We find out how the company has signed more than one million subscribers, and four million customers, in such a short time. We also hear how mobile has changed everything, and why it is so important now.

Thanks dear listener for all you do to spread the word about VB Engage. This podcast’s for you! Tune in next week for our interview with JGL. That’s what Stewart calls him now since they became BFFs.