At least a dozen activists staged a protest across the street from Twitter’s San Francisco headquarters on Thursday evening, demanding the company kick Donald Trump off the service. The group claimed that Twitter was promoting fascism and hate by continuing to allow the president to remain active.

According to the Facebook page promoting tonight’s event, activists believe that Twitter has allowed itself to become the “mouthpiece of fascism,” enabling Trump to broadcast his thoughts, complaints, and ideas unchecked. They’ve also expressed outrage that the president continues to have a presence “despite his violation of [Twitter’s] anti-hate policies.”

Gathered across the street from Twitter tonight, the group chanted slogans heard at previous demonstrations, such as “No Trump. No KKK. No Fascist USA.” They also projected demands onto Twitter’s Market Street building, from “Would Twitter ban Hitler?” to “#NoDAPL” (a reference to the Dakota access pipeline), “Irresponsible,” and more. At one point, employees inside Twitter peered out the window, which prompted one of the activists on a bullhorn to try to entice them to join the action. 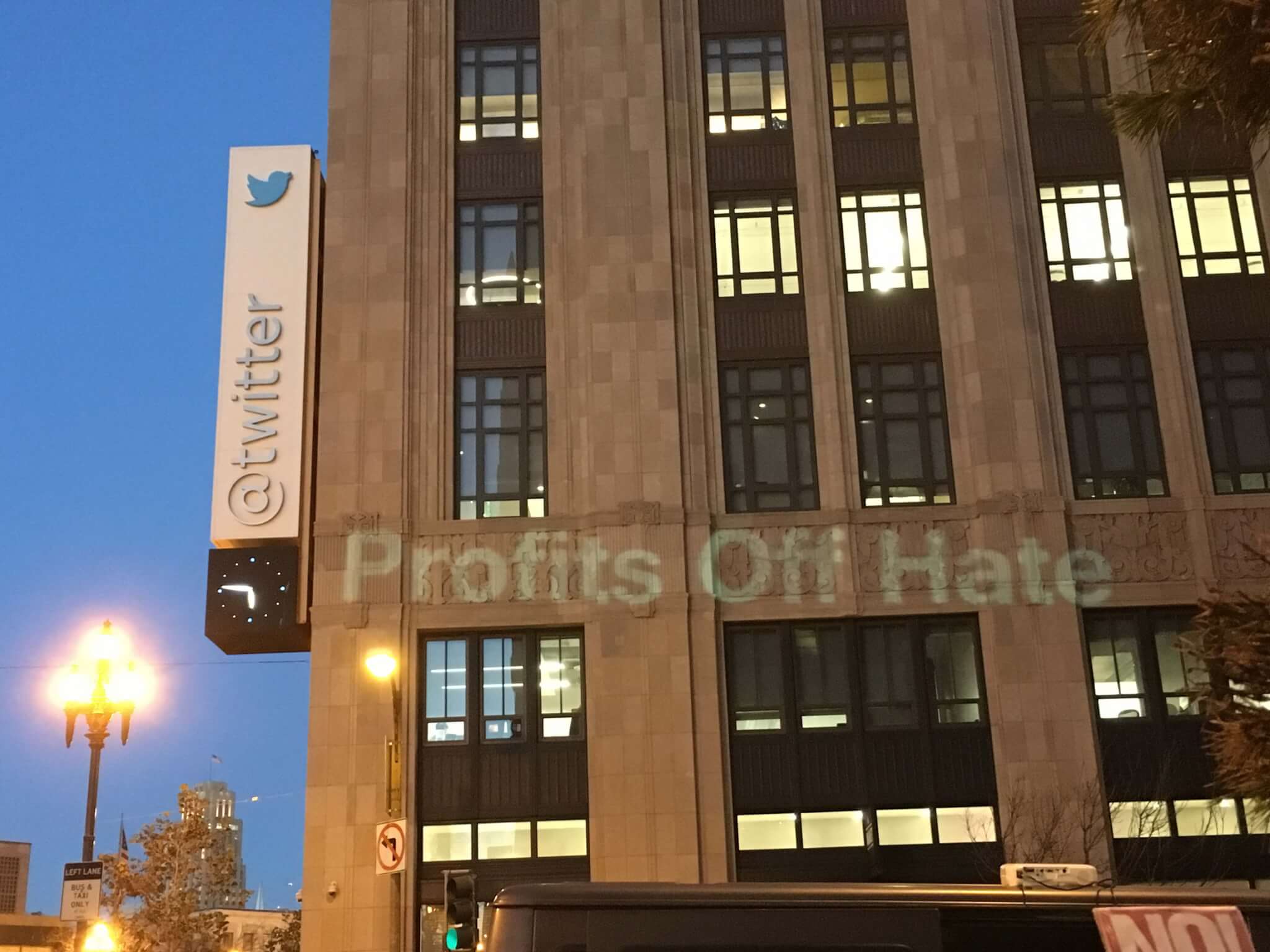 Above: Activists protesting in front of Twitter project message saying that the company profits off of the hate expressed by Trump.

This was the second protest to impact a technology company in San Francisco within the past week. Last Friday, Uber was the recipient of such an event, due to the support its chief executive, Travis Kalanick, provides Trump as part of his economic advisory team.

Twitter finds itself in a difficult position because while it believes itself a supporter of free speech, it also has been plagued by issues around harassment and user safety. And things become even more complicated when you factor in that one of the culprits happens to be the president. Trump has often taken to the service to spout his opinions, which many have found to be reprehensible. 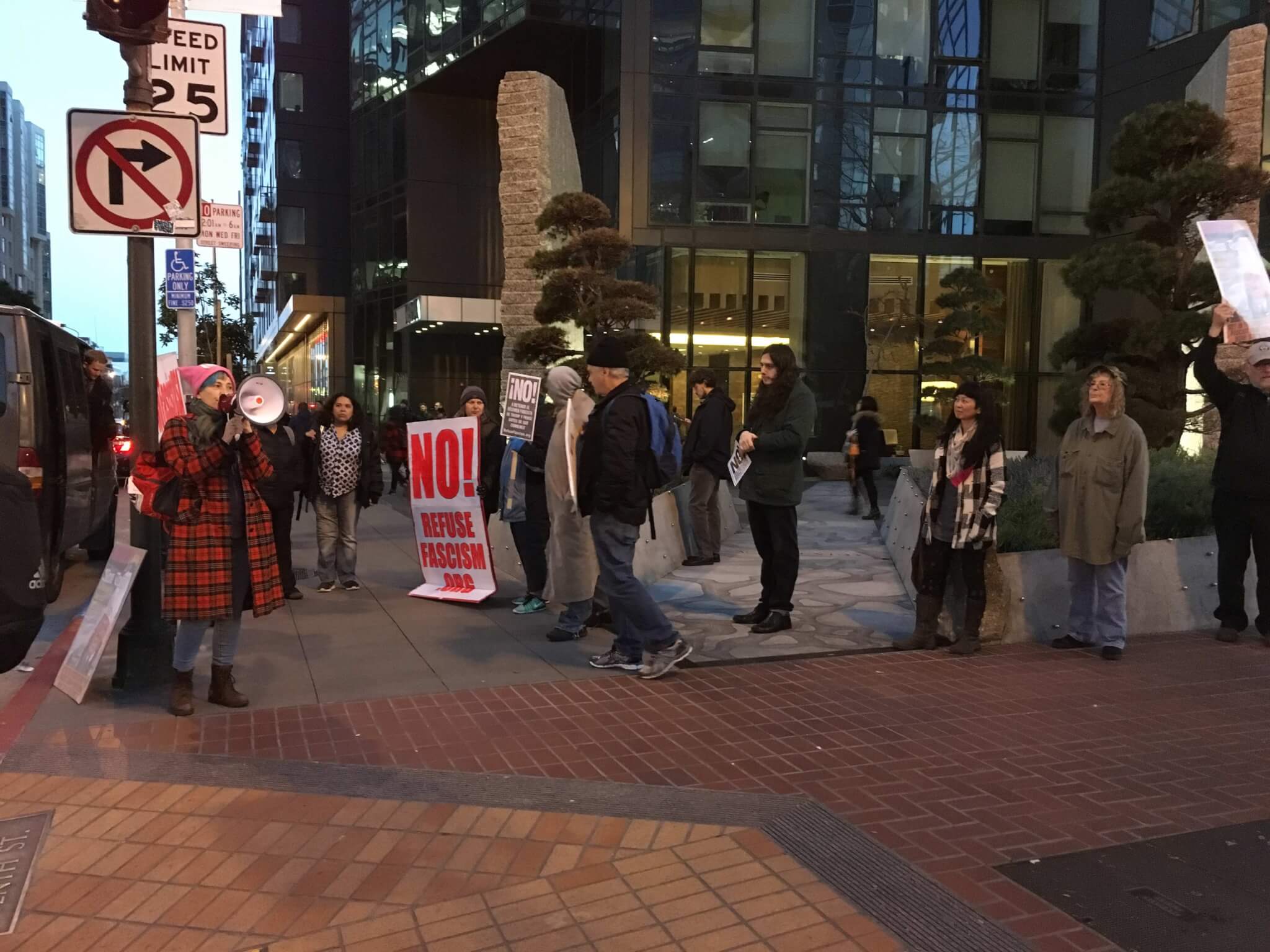 Above: Activists gather across the street from Twitter to protest the company for letting Trump continue to have an account.

Twitter CEO Jack Dorsey has defined his company’s relationship with the president as positive. “I feel very proud of the role of the service and what it stands for,” he explained while at the Recode Code Commerce conference in December. “It’s had such a spotlight on it through his usage and through the election.”

Trump has likewise expressed his affection for the service, arguing that it gives him direct access to Americans and the world without having to go through the media (which is often correcting him on falsehoods).

As the president continues to access to his account, it’s likely that protestors such as the ones this evening will continue to gather and petition Twitter to shut it down.