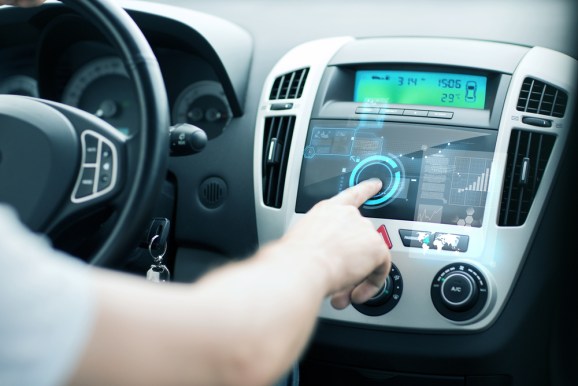 In 20 years, over 300 million people worldwide might lose their jobs because of self-driving cars. Regular users will hardly notice the change — and here’s why.

Consumption models will stay roughly the same. If you used taxi services, you’ll start paying for autonomous taxis. If you owned a car, you’ll still be able to buy one, but won’t have to drive it yourself (and most likely will save on taxes). Both ways, self-driving cars make transportation safer, more convenient, and more cost-efficient for users. Eventually, they will be as common as a smartphone or email.

Inside the automotive industry, the changes will be more dramatic. The impact of self-driving cars on economics can be compared to inventing a vacuum cleaner or automating farmers’ labor in the 1950s: If the first left the maids behind, the second made cowboys’ duties obsolete.

Due to autonomous cars, over 70 million professional drivers might lose their job. That means millions of people will have to study again or make a career shift as the value of the next-generation cars will be defined not by a brand or by a redesigned exterior, but by innovations.

Car manufacturers make engines, transmission, car bodies, car designs, and more. But in fact, they sell emotions and lifestyles. For example, Porsche makes around $15,000 of profit on each car it sells, while other automakers take in as little as $1,000.

Why are people willing to pay extra for a Porsche? A huge chunk goes for the whole Porsche “story” — brand image, the company’s history, the feelings and emotions from driving. The rest depends on technology and innovation — and this is probably the biggest battlefield for the automotive industry. Who cares about the engine power when you can snooze in a self-driving car? Services and advanced technologies now define the premium pricing, while the companies who develop them take the industry lead.

I strongly believe that car exteriors will no longer be a decision factor in 20 years. It’s the comfort inside that will matter. While creating car interiors, brands already think of how you sleep, work, and play rather than simply how you sit and drive. And each manufacturer tries to find its unique style — just compare a new Cadillac with a new Lexus from inside out.

Also, augmented reality is huge for self-driving cars. Imagine being able to choose an alternative entertainment layer to learn, find something new, travel, communicate, and even catch Pokémons — all on the drive. For businesses, AR car systems mean a whole new market of location-based search ads: Think of Google AdWords on the road. Another potential market could cover AR apps for self-driving car passengers. AR is already adding value to the usual, human-driven cars. Navigation elements overlaying the real world create less distraction, provide a driver with extra information, and increase safety.

Apart from interior, the decision to buy a car in the next two decades will heavily depend on how “green” the vehicle is. Many people believe that electric cars cause less environmental harm compared to cars powered by gas engines. In fact, that’s not true. Making cars environmentally friendly is still a ways off for all of mankind. One good option here: hydrogen fuel cell-based cars, which can best store the energy from renewable sources.

One way or another, the added value for cars in general and specifically for self-driving cars is now generated by technology companies rather than the car manufacturers.