If 2016 was the year that robots really began to move from science fiction into the real world, then 2017 is shaping up to be more of the same.

U.K.-based supermarket giant Ocado, one of the world’s biggest online-only grocery retailers, has long embraced technology and automation to streamline its operations. The company has been working for some time on a humanoid robot called SecondHands, one that understands human speech, has 3D vision, and uses artificial intelligence and machine learning to help the company carry out maintenance work within their premises. 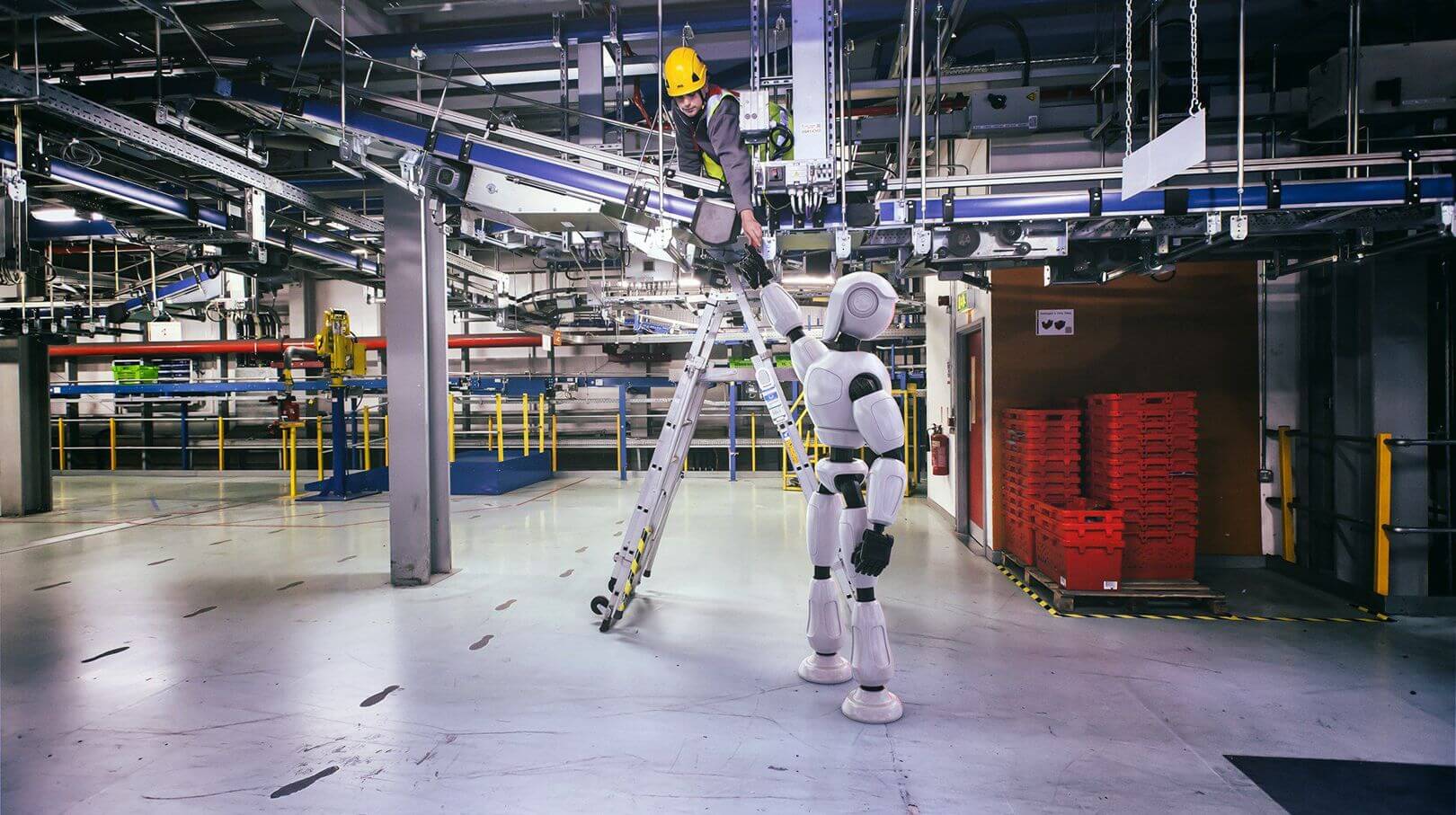 While there are many advantages to using automation and fleets of robots in large warehouses, the machines aren’t quite up to human standards in some regards. Using robotic arms to cart heavy boxes is one thing, but delicate goods or odd-shaped items — such as loose fruit and vegetables — are a little trickier, as they can be easily damaged.

With that in mind, Ocado has been working to solve this problem through the SoMa (soft manipulation) project, a Horizon 2020 program for robotics research and innovation funded by the European Union. Through SoMa, the aim is to develop “simple, compliant, yet strong, robust, and easy-to-program manipulation systems” to enable “robust grasping” in dynamic environments.

Today, Ocado is lifting the lid on some of the progress it’s made, in partnership with Technische Universität Berlin (TUB), using the university’s RBO Hand 2. They have developed a working robotic arm that can grasp grocery products, including individual apples and oranges, and pack them safely for delivery to customers. The hand is built with a spring-like mechanism, controlled by changing the air pressure, that automatically adjusts the grip based on the product it’s handling. This is important, given that Ocado has around 50,000 distinct items on its shelves, which means it has to be adaptable.

For testing, Ocado set up a production warehouse scenario to establish how the hand would work for Ocado’s specific use-cases.

It is still early days, and Ocado says it plans to carry out more testing throughout 2017, adding more complex scenarios to the mix.

“Robotic picking for grocery is much more complex than general merchandise because of varying form factors, temperatures, shapes and sizes, or gripping techniques,” explained Ocado chief technology officer (CTO) Paul Clarke, to VentureBeat. “Our new warehouses built using the Ocado Smart Platform enable us to have robotic picking and we’ve also automated other extremely repetitive and physically demanding tasks such as the bagging of our crates. We’re on a journey where some robotic picking can be done now for heavier items; SoMa will make robotic picking available at a large scale and deploying it is all about finding the right time.”

A number of other players from the technology realm are also building products to help retailers improve operations through automation and robotics.

French startup Exotec is building a fleet of mobile robots to help warehouses prepare orders for delivery. The miniature robots promise to help cut employees’ daily distance covered in giant warehouses from 15km to 4km. Following a number of tests, the first proper robot is expected to launch in the wild shortly.

Then there’s Pittsburgh-based Bossa Nova Robotics, which raised $14 million last year to roll out its robotic technology to retailers. The company builds robots that allow stores such as supermarkets to analyze their shelves and collect data to optimize inventory. 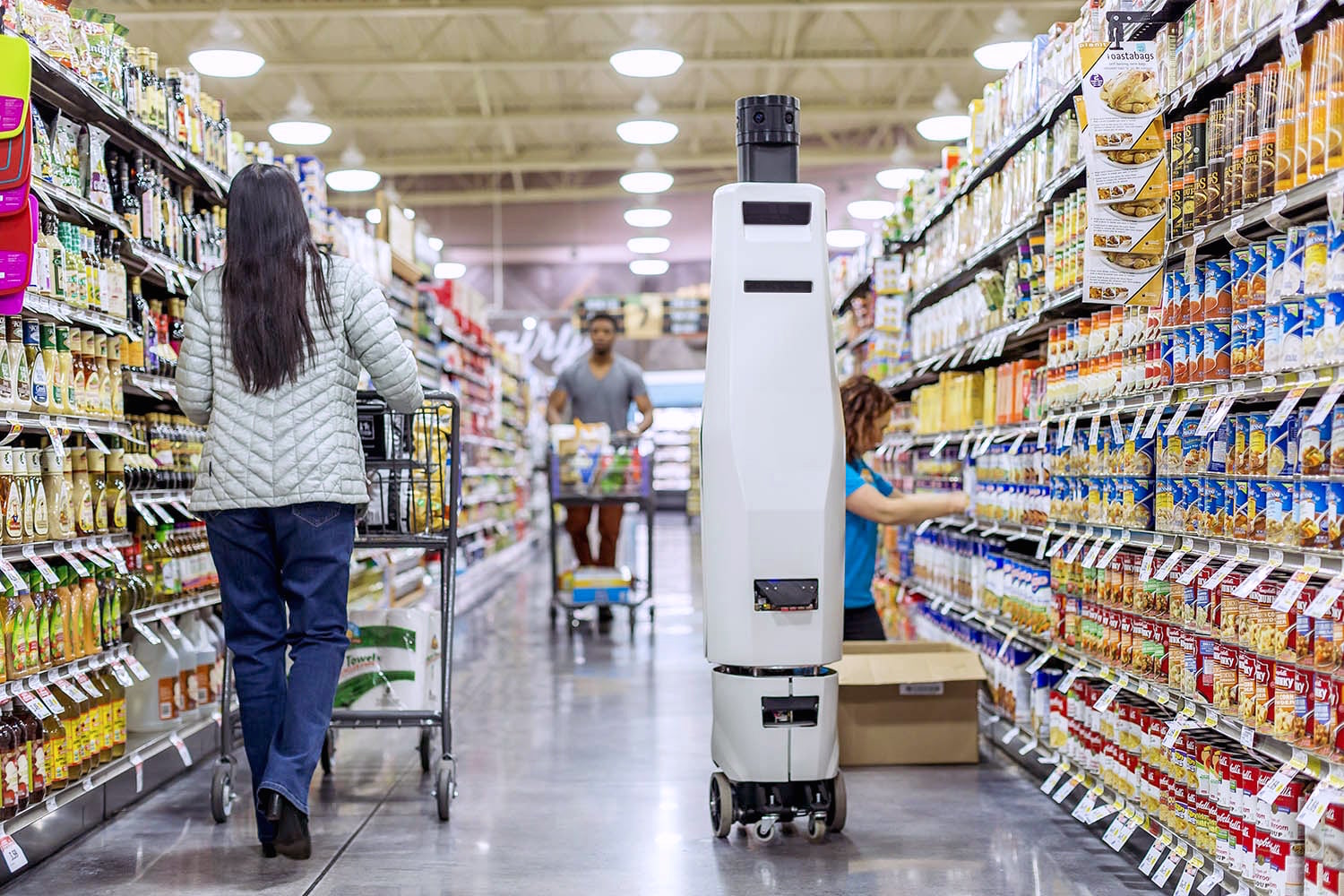 While it is fun observing the latest AI-infused robotics at work, and they are arguably designed to make humans’ lives easier, there is no ignoring all the jobs that will likely be lost to machines and automation.

As part of the “fourth industrial revolution,” millions of jobs will be lost over the next three years, according to a World Economic Forum report from last year. The net loss is expected to be as many as five million jobs, though of course a whole new line of jobs will be created due to automation, including jobs in IT and data analysis.

“The Ocado Group is a net employer of more than 11,000 people, none of whom (including myself) would have a job if it hadn’t been for the automation and robotics we’re developing in-house,” added Clarke. “On the other hand, Ocado is an online-only retailer without bricks and mortar stores so our two customer touch points are our drivers and the contact center. Therefore, we have to be very mindful of the importance of human interactions. This is why we’ve taken the approach to enhance our contact center with AI, rather than replace it with chatbots, for example.

“The skills gap can no longer be ignored as a major force driving world events,” explained Coursera CEO Rick Levin. “Millions of people lack the skills needed for new and better jobs, and increasing automation will only widen the gap. Governments and nonprofits focused on workforce development are eager to work with us and our university partners to deliver skills education to populations at unprecedented scale.”

This is a problem that will likely blight every industry. But stifling technological progress isn’t part of human nature, regardless of any negative consequences, which is why people will need to tool-up and prepare for the growing digital labor market.