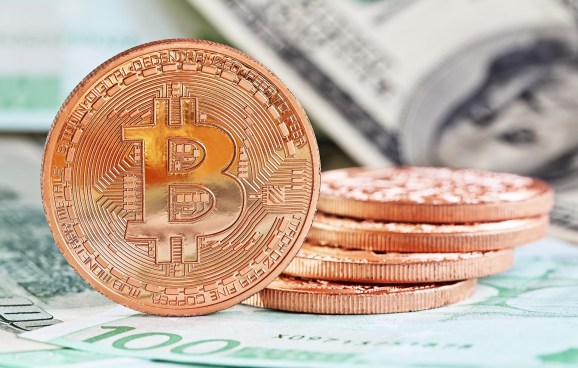 “Sorry, Bitcoin: Cash Is Still King Around the World.”

So says an article that Time published in its money section last month. The article is based on research published by the International Journal of Central Banking (IJCB), which showed consumers around the world still prefer cash to electronic payment methods. According to the IJCB report:

“Cash is still used extensively — particularly for low-value transactions. In some European countries such as Austria and Germany, cash even dominates consumer payment choices for all transaction values.”

While the IJCB report doesn’t mention bitcoin, the author of the Time article interpreted the data as bad news for bitcoin. However, a careful read of the report discloses the opposite: The fact that people prefer cash to electronic payment methods is actually good news for bitcoin.

Bitcoin is a young form of payment. It isn’t realistic to expect it to beat cash in less than only a decade. Bitcoin adoption is doing very well, though; especially when we take into account that it isn’t a company and thus doesn’t have a marketing department, let alone an aggressive one like major credit card companies can afford.

Adoption is actually overtaking the network’s technical capacity, leading to the bitcoin scaling debate. The community is experiencing pressure to scale the network due to an overflow of transactions, which means the number of people using bitcoin is growing.

Bitcoin or something similar is actually a perfect currency for the future, according to the IJCB report. We can arrive at this conclusion through a keen reading of the reasons the report gives for consumers choosing cash over electronic payment methods.

One reason the report gives for a consumer preference for cash is a desire for anonymity and security. It states:

Bitcoin and other cryptocurrencies afford users the ability to spend money online without disclosing their identity. Indeed, bitcoin brings the properties of cash into the online setting. Electronic payments demand you identify yourself before sending or receiving money. That is not the case with either cash or bitcoin.

The report also says consumers prefer cash over electronic payment methods because they don’t trust financial institutions, especially when they are the cause of economic crisis:

“A more relevant explanation for cash preference arises if a country has a history of banking crisis, which often coincides with high inflation and may affect trust in banks.”

Bitcoin offers its users an opportunity to hold and spend their money apart from financial and banking institutions. While the report states this is a problem of the developing world, the US housing crisis of 2008 and the Greek government debt crisis of 2014 say otherwise. With each new banking crisis, consumers become more wary of commercial bank payment methods.

The report also showed that in all the countries surveyed, older generations use cash the most. It states that preference for cash grows with age. From the report:

“Regarding age, we find that persons older than thirty-six use significantly more cash than persons younger than thirty-five. Also, the results provide support for a certain habit persistence in some countries, where cash use increases homogeneously with age: people aged sixty and older are more likely to use cash than people between the ages of thirty-six and fifty-nine.”

Rupert Hackett is general manager of Bitcoin.com.au and BuyaBitcoin.com.au. He specializes in the digital currency and digital payment space, writes for multiple bitcoin and tech websites, and is an acting Board Director for the Australian Digital Currency Commerce Association (ADCCA).