Microsoft today announced plans to launch Visual Studio 2017 on March 7, 2017. Visual Studio 2017 went into public preview in March 2016 and hit Release Candidate status in November 2016. Formerly referred to as Visual Studio “15” (or Visual Studio Next), the release was slated for general availability in early 2017, meaning Microsoft is going to be right on schedule.

On March 7, Microsoft will not just launch Visual Studio 2017, but will kick off a livestreamed two-day launch event hosted by Visual Studio CVP Julia Liuson, VSTS CVP Brian Harry, VS Mobile Distinguished Engineer Miguel de Icaza, and VS and .NET PPM Scott Hanselman. Developers will be able to engage in demo sessions detailing key improvements within the product, with March 8 focused on live training.

Visual Studio 2017 brings enhancements to code navigation, IntelliSense, refactoring, code fixes, and debugging. Microsoft is also promising a new lightweight and modular installation, a faster IDE from startup to shutdown, and a new way to view, edit, and debug any code without projects and solutions.

The March event will also be used to celebrate Visual Studio’s 20th anniversary. The first version of the integrated development environment (IDE), Visual Studio 97, was released in February 1997. 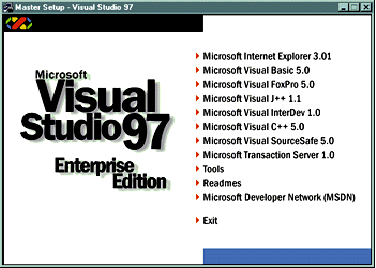 Here is Liuson reminiscing about that debut:

As part of the team that created the first version of Visual Studio, it was an ambitious goal to bring together everything developers needed to build applications for the client, the server, and the web. Twenty years ago, on January 28, 1997, we announced that we were going to launch Visual Studio 97 – a single product that would bring together best-of-breed productivity tools for any developer. This was no trivial undertaking. It was a challenging task to bring Visual Basic, Visual C++, Visual J++, Visual FoxPro, and Visual InterDev into one single product. The team delivered, kicking off decades of incredible productivity for millions of developers worldwide.

To drum up excitement, Microsoft is asking developers to share their own favorite stories using the hashtag #MyVSstory.