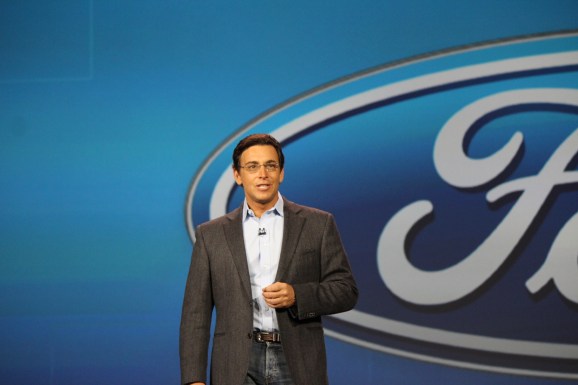 (Reuters) – Ford plans to invest $1 billion over the next five years in tech startup Argo AI to help the Detroit automaker reach its goal of producing a self-driving vehicle for commercial ride sharing fleets by 2021, the companies announced on Friday.

The investment in Pittsburg-based Argo AI, founded by former executives on self-driving teams at Google and Uber, will make Ford the company’s largest shareholder.

Argo AI, which focuses on artificial intelligence and robotics, will help build what Ford calls its “virtual driver system” at the heart of the fully autonomous car Ford said last year it would develop by 2021.

“With Argo AI’s agility and Ford’s scale we’re combining the benefits of a technology start up with the experience and discipline we have at Ford,” Fields said at a press conference.

Once the technology is fully developed for Ford, it could be licensed to other companies, executives said.

While Ford will retain a majority of the start-up’s equity, the potential for an equity stake as Argo AI hires 200 more employees will be an advantage in recruiting talent, executives said.

“They have the opportunity to run it pretty independently with a board, but because it is a separate company or subsidiary, it has the opportunity to go out and recruit with competitive compensation packages and equity,” Fields said.

Until now, Ford’s investments in future transportation technology have been relatively modest, compared with those of General Motors Co and others. One of Ford’s largest such investments in the past year was $75 million to buy a minority stake in Velodyne, a manufacturer of laser-based lidar sensing systems for self-driving cars.

Rival GM made a billion-dollar bet a year ago with its acquisition of Silicon Valley self-driving startup Cruise Automation. GM also invested $500 million to buy a 9-percent stake in San Francisco-based ride services firm Lyft, a competitor to Uber.