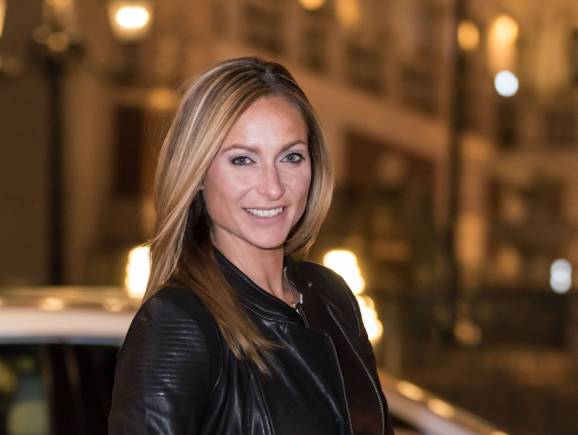 Storm Ventures’ investment team is growing by one — the firm has hired Pascale Diaine as a principal. The founder of Orange’s startup accelerator starts her job as a venture capitalist on February 13 and plans to focus on artificial intelligence and augmented reality solutions targeting the enterprise.

A longtime veteran of the French telecommunication company, Diaine led the initiative to establish the Orange Fab accelerator, bringing in startups like Edyn, Emberlight, Fenix International, Fiverun, iunu, RallyTeam, and TrackR. (Disclosure: Prior to VentureBeat, I worked with Diaine at Orange Silicon Valley, where I briefly served as a mentor to Orange Fab.)

Started in 2013 in Silicon Valley, Orange realized the benefits of the program and quickly expanded it to 12 locations around the world. The company claims its portfolio companies have raised more than $85 million, with 3 acquisitions to date. In 2014, the corporate accelerator opened its doors to other brands, partnering with Visa, LG, Hilton, Moet Hennessy, Airbus, AXA, Veolia, and others. The idea was to open up the Fab program more to corporations that have struggled to find ways to tap into the startup ecosystem.

“After feeling that my work had been validated internally and externally, I was ready for my next adventure,” Diaine told VentureBeat in an email. She selected Storm Ventures because of a similar mindset it has to “the work I’ve done at Orange Fab and the entrepreneur-friendly culture we developed. The idea of being in the relationship for the good times, but more importantly the hard times.”

Fifteen years ago, Diaine joined Orange as an intern, and she says the experience has given her an opportunity to help others. “I want to return the favor and give opportunities to people. I know how it feels to have an idea and try to convince people to believe in a vision. I want to help more ideas become a reality,” she said.

What she hopes to leverage in order to benefit not only Storm Ventures, but also startups, is her knack for dealing with corporations, which could offer insight into where markets are going. “I am hoping that my access to U.S. and European corporations could bring an edge and attract promising startups looking for support to acquire large accounts or expand internationally. Corporate feedback could also be leveraged for the due diligence process and value creation for the existing portfolio,” she said.

A computer science engineer by training, joining Storm Ventures would be Diaine’s first journey into the investing world, especially on the scale of private equity. While Orange Fab did make investments, it likely wasn’t as frequent and as much as what she will probably do as a principal.

She joins a firm led by Alex Mendez, Tae Hea Nahm, and Ryan Floyd, which specializes in early-stage enterprise investments. It has made bets on companies like AirPR, AtScale, Talkdesk, Appcelerator, Metacloud, and Algolia. Diaine will be a principal, meaning there’s a path for her to become a partner at the firm.