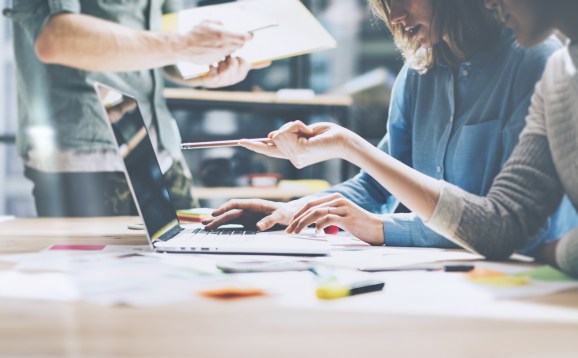 Simple initiatives that might take a week at a startup, like implementing a new CRM, could literally take all year at a large company. This is one reason so many entrepreneurs find it hard to work within a massive organization. But even if the thought of cubicle life makes you want to cry, I wouldn’t discredit the idea of working at a big company. It won’t make you a better founder, but it will better prepare you to manage and grow a business that has reached escape velocity.

I’m an investor at Founder Collective, and we don’t often invest in career big company execs, but we also don’t discount the value of a founder’s experience at a large corporation. Experience can come in many shapes and sizes.

Think of your startup like the Space Shuttle. In the early days, you’re like a booster rocket, a volatile mass of fuel trying to get off the ground through sheer force of will. But making it to space is only half the trip, you need to return to Earth without burning up on reentry. For this phase of the journey, you need to build a carefully calibrated shuttle — you might rather have a large organization, say NASA, behind you.

Startups spend every day fighting for survival. The longest period most startups plan for is 12 months, and often that involves a mid-year rewrite of the plan. But once you have revenue, employees, and a lot to lose, you need to be able to plan well for years.

Dwight Eisenhower said, “Plans are useless, but planning is essential.” This is as true for startups as it is for generals. Your long range plan won’t hold up perfectly, but it will force you to think about the major threats and opportunities you face. Companies die when they don’t take competition seriously or realize how a platform dependency can risk their entire business. Having the skill to analyze the long-term trends shaping your market can protect you from the market changing around you.

Many large companies have a formal strategic planning process that involves drafting a detailed 5-10+ year plan. This experience may feel a bit like writing a term paper, or from what I’ve heard about Amazon, a Ph.D. thesis, but this macro view is helpful at many levels.

For instance, many founders obsess over the quality of their product. They’ll talk about how it’s so much better than the big company’s alternative. But they fail to recognize the long-term importance of a distribution advantage, commercial partnerships, or dozens of other things that can determine the ultimate winner in a market.

Most founders are so focused on day-to-day survival that they don’t have the time, inclination, or even ability to build this capability. Long-range planning is a rare skill that will prove useful to entrepreneurs as well. The best founders can plan way ahead but execute well day-to-day. Investors want to hear the big vision in addition to your 2018 sales projections. Entrepreneurs who can envision a 5-10 year horizon and sell it to a stingy VP have an advantage when pitching VCs.

Startup founders relish their quick decision-making skills, often making big calls with little data beyond their gut feel. This is how startups can move quickly, take risks, and, often, unseat the incumbents.

Decision making at “big co’s” feels more like the government than a startup. Many companies doom themselves by falling victim to “analysis paralysis.” Well-paid employees don’t want to jeopardize their careers by taking outsized risks. Marketing, engineering, and ops disagree with each other’s overflowing and disorganized spreadsheets.

Startups are often doomed because the founders never clearly set a vision and get the team to buy in. Dozens of experiments and A/B tests are run, but there is never a formal process to get everyone thinking about what the most high-value uses of time are.

It’s sometimes easier to make a decision with less data than more, but that doesn’t make it better. Big decisions have to be made, often affecting lots of people — employees, customers, distributors, management, and investors. Once made, they are more impactful, and it becomes harder to correct course. But this gridlock has benefits. It forces the company to focus on big bets — to build consensus on which initiatives are most likely to help the company achieve its goals.

Making high stakes decisions based on data as much as a gut feel is important if you want to scale with your startup as you go from one employee to thousands. The CEO has to be able to make company-defining choices and know where to get the data to inform their decisions.

When I worked at a big company, I remember a point writing emails when I was spending more time worrying about the order of names and deciding who should be a TO, CC or BCC, than the content of the email itself. That’s when I knew it was time for me to leave the company.

Nonetheless, these soft skills are important when trying to get big groups to execute on a goal or commit to decisions. In a startup, communication is fast and generally easy. You can redefine sales comp over coffee at Starbucks. In a large company, things don’t work that way. People have to be won over one by one.

This feels very wrong to the typical entrepreneur who may believe everyone should just “get on the bus.” But when lots of owners manage different functions (or particularly when such functions are “matrixed”), the leader needs support from across a wide swath of the organization. She needs to figure out how to get sufficient support. Often micromanagement doesn’t work (it often does in a startup) because there are simply too many people and too many interdependencies.

Your personality has to become more developed and nuanced. The rah-rah speech you use at a 50-person all-hands meeting at a startup is very different than when you’re trying to convince a significant gathering of employees at a large company. Often large corporations have more diversity of ages, backgrounds, tenure, and geographic locations. As a result, you have to learn to adapt your tactics for each group, and perhaps each individual.

Little things you learn along the way

If your startup is successful, you will become a big, possibly “stodgy” company. You’ll spend less time thinking about your road map and more on crafting the right HR policies. Working at a big company may bore you, but after a year or two you’ll be surprised at how proficient you become with picayune corporate processes.

Remember, every big company was once a scrappy upstart. It’s the price you will pay for success, should you be so lucky. Having an instructive mental model can help you lay the groundwork. I certainly have a bias for folks that have the dings in their helmets from starting or working in a startup. But at the same time, I know that learning can be had at larger organizations too. The key is staying long enough to learn, without developing bad habits.

Working at a big company doesn’t prepare you to found a startup. Marc Andreessen famously wrote, “In a startup, absolutely nothing happens unless you make it happen.” The skills you learn at a startup — process-oriented thinking, long-term planning, and politicking — only become useful if you’re able to get your startup off the ground.

From my three-and-a-half year experience at a company with 58,000 employees and other exposure along the way, I’ve come to appreciate what can be learned at such places. Most likely, your startup will work with all sorts of large organizations, and hopefully you will serve big customers (or employees of big companies). I’m also keenly aware of the bad habits that form if you stay too long. That said, I never dismiss an entrepreneur out of hand who can credibly speak about their experiences at a big company. Just like cooking, the right sprinkle of a “Big Co.” work experience can make you a much more formidable entrepreneur.

Micah Rosenbloom is a Partner at Founder Collective.