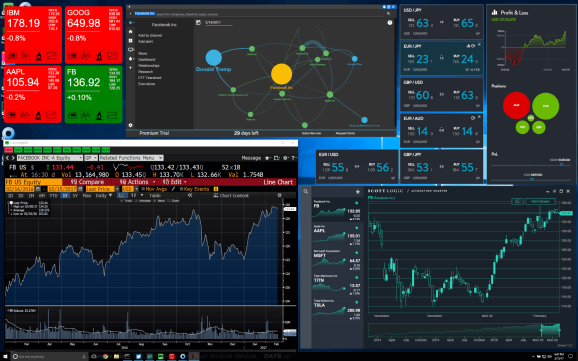 The New York-based startup wants to modernize the way capital markets are run by allowing traders and other end users to deploy desktop applications both in-house and to their buy-side and sell-side customers. The startup describes its technology as the “Android for capital markets” — a common layer that allows applications to be deployed and updated instantly and securely.

“‘Move fast and break things’ became the mantra of Silicon Valley years ago and created a mindset that has accelerated an extremely profitable consumer software boom,” Mazy Dar, CEO and cofounder of OpenFin, said in a statement. “Now we’re bringing it to Wall Street.”

Because it can take anywhere from 6 to 18 months to update one of the thousands of desktop applications used by financial institutions, a change is welcome. “In an industry where ‘time is money,’ the fact that it takes nearly a year to get the latest tools into trader hands is insane,” an OpenFin spokesperson told VentureBeat in an email. “Imagine if Facebook could only update their mobile apps once a year.”

Although OpenFin claims to have no direct competitors, a startup serving a similar purpose is Electron, which provides a framework for creating native applications.

The new money will be used to expand the team in both New York and the London offices, improve customer service, and add more features to the technology, according to a statement.