Clearly, many large companies are investing heavily in autonomous driving technology because they see that autonomous cars have the ability to drastically change the auto industry, and they see the enormous cultural change that the presence of AVs could create. If we spend more time in the car and have more time there to do stuff … they want to to be there.

As investors we have been most interested in watching how various stakeholders are shaping their strategies for competing in this market. For example, will automakers build their own autonomous technology, rely on partners, or both? Do automakers think they will continue selling autonomous vehicles to consumers or only to ride-sharing services? Will ride-sharing services companies want to move into other areas of the industry including building autonomous technologies? 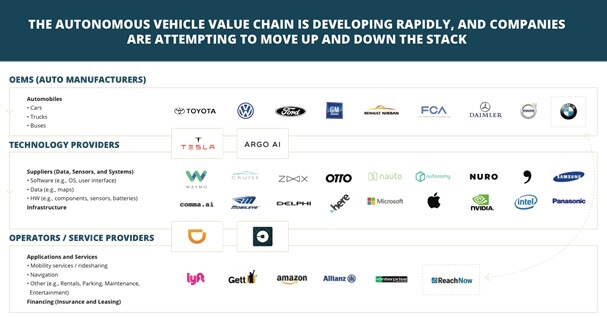 We see a significant number of companies sitting in between layers – such as Tesla building an autonomous driving system as well as being a car manufacturer – and we also see companies that have historically operated in one area making large investments of capital or time in other layers in order extend into other areas of the value chain. An example of this is ReachNow, BMW’s rental and ride hailing service, which is, among other things, a hedge against being cut out of a possible future where ride hailing vs. car owning is the norm.

Each of these companies sees an opportunity to capture a larger portion of the end-state autonomous vehicle value chain for itself, and they are positioning themselves accordingly.

The AV partnership matrix: De-risking the future by teaming up

In addition to investing or acquiring companies or talent, companies have also begun forming partnerships to ensure they do not get cut out of valuable portions of the autonomous vehicle market or caught with single source suppliers for key technologies.

For example, companies have realized that detailed maps might (though it is still under debate) be one of the most critical inputs to self-driving cars for determining whether the car is seeing the environment or another vehicle, person, or object in its environment. This led to several big moves in developing in-house maps and/or acquiring access to other sets of mapping data. For example, in August of 2015, a consortium of automakers bought Here maps for $3 billion; in July of 2016, Uber announced a $500 million plan to map the world’s roads; and in December of 2016, Mobileye announced a partnership with Here’s owners to share their mapping data. 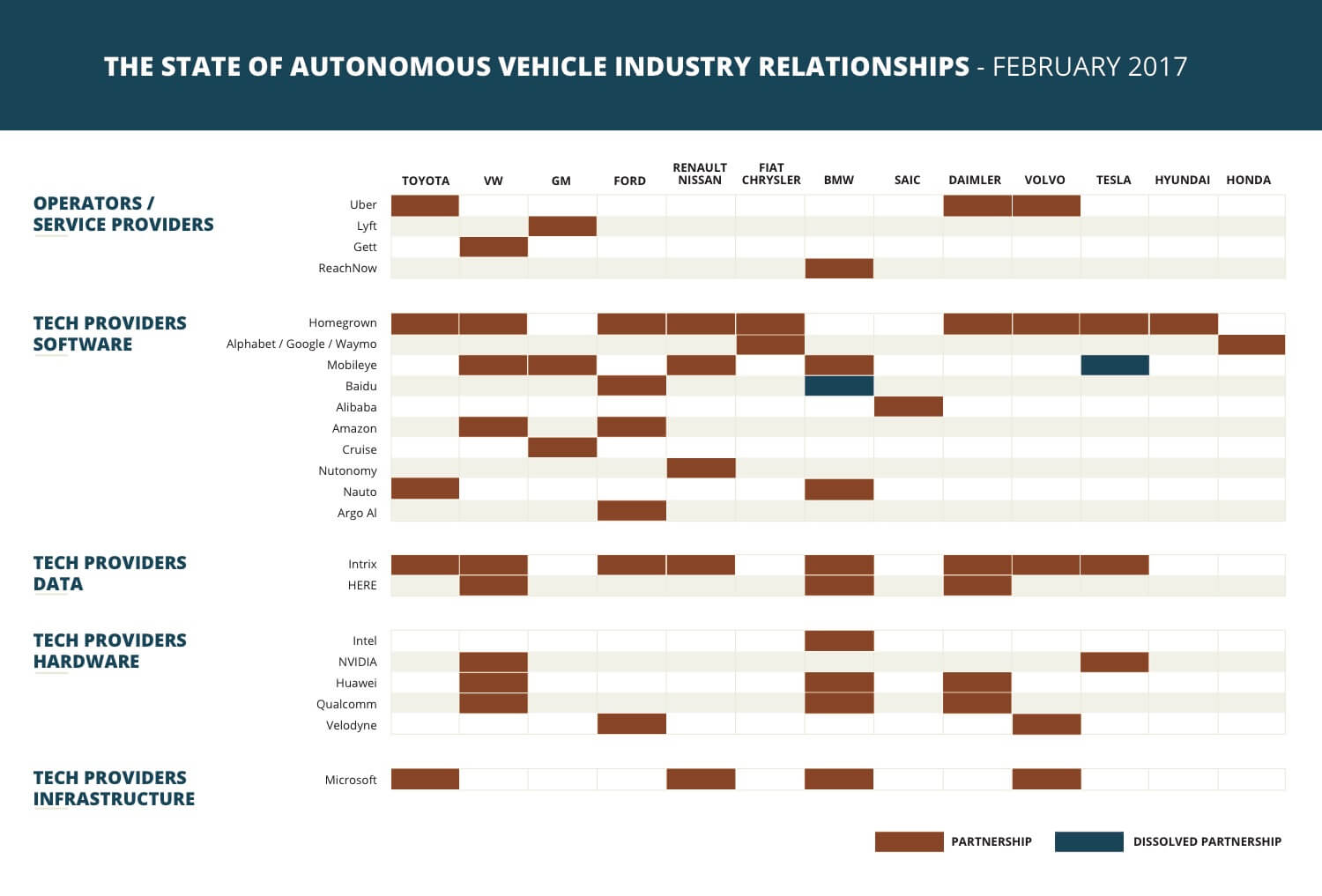 Some other interesting takeaways we see from looking across the autonomous vehicle landscape are:

Regulators are along for the ride

To date, we have been impressed with how proactive federal, state, and local governments have been in their support of autonomous driving technology. Regulators and planners at multiple levels appear to have bought into the potential promise of fewer accidents, less congestion, more productive time for citizens and freed up space now devoted to parking lots in cities. But they are treading carefully, encouraging companies to experiment in safe, controlled ways. When the U.S. NHTSA investigated the fatal crash involving Tesla’s Autopilot, it found that, while it failed in that instance, Autopilot had decreased the number of crashes by 40 percent since its introduction.

However, as this technology becomes mainstream and moves from high-end cars to widespread adoption among ride-hailing and trucking companies, there could be massive disruption to the way the workforce is structured in many different places around the country. A 2015 NPR review of Census data shows that truck driving is the most common job in nearly every U.S. state. Autonomous trucks will have a massive impact on the trucking industry. 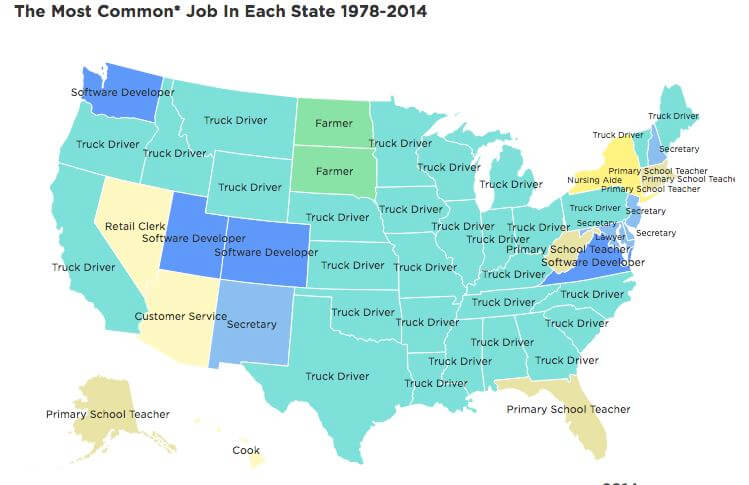 As more startups and large companies begin public demonstrations and public releases of their products, they must find the right ways to introduce these technologies for both public safety and public perception. “Drive fast and break things” will not be the right approach to releasing autonomous vehicles, and companies need to be thoughtful about the best way to introduce these technologies.

As investors (and eager consumers and citizens) we are watching how the AV market is evolving and looking for opportunities. The innovations over the last five years happened twice as fast as expected, so imagine where we could be in another five – or maybe just two and a half!

S. Somasegar is Managing Director at Madrona Venture Group. You can follow him @ssomasegar.

Daniel Li is Senior Associate at Madrona Venture Group. You can follow him @danielxli.