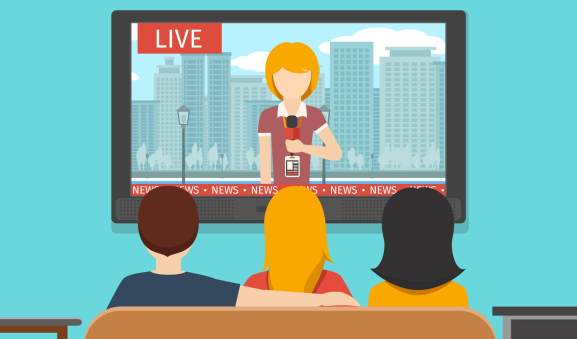 TVSquared, a Scottish startup that specializes in measuring the impact of TV ad campaigns, has announced a $6.5 million funding round from West Coast Capital and Scottish Investment Bank. This takes the company’s total funding to almost $10 million.

Founded out of Edinburgh in 2012, TVSquared claims that hundreds of brands, agencies, and networks across 50 countries use its product to establish which TV spots drive the most engagement and how they can reach the most relevant target audiences.

While digital ad spending was said to have overtaken TV ad spending for the first time last year, TV ad spending still amounted to around $71 billion in the U.S. alone last year, and the global market sits at more than $200 billion. TVSquared claims that it can improve TV campaign efficiency by up to 80 percent through its measuring and optimizing platform, and its current client roster includes Comcast and fellow Edinburgh tech company FanDuel.

“Global TV advertising is continuing to grow at an astounding rate because TV is the most effective marketing channel,” said TVSquared CEO and founder Calum Smeaton. “With 87 percent of viewers watching with second-screen devices nearby, TV is now even more powerful as a primary driver of digital activity. This funding will help us continue to provide advertisers with the technology they need to optimize TV for the greatest response.”

There has been a flurry of activity across the Edinburgh startup realm over the past year, suggesting the Scottish capital could be emerging as the second U.K. tech hub after London. Fantasy sports giant FanDuel and travel search titan Skyscanner revealed their exit plans one week apart back in November — Skyscanner was snapped up by China’s Ctrip for $1.7 billion, while FanDuel revealed it was merging with rival DraftKings to cut down on legal costs and advertising spending.

Earlier in the year, Facebook acquired Edinburgh-based virtual reality (VR) audio startup Two Big Ears, while just last week former Grand Theft Auto producer Leslie Benzies emerged as the lead investor in a funding round for Edinburgh audio tech company Krotos. For the record, Grand Theft Auto was created by Edinburgh-headquartered Rockstar North under its former guise as DMA Design, before it was snapped up by Take-Two Interactive in an $11 million deal back in 2000.

It’s still relatively early days for TVSquared, but the company is setting out to create what it calls the “gold-standard TV optimization and measurement platform.” And with an extra $6.5 million in its coffers, it will double down on its efforts to target media companies and brands globally. In addition to its Edinburgh headquarters, the company counts offices in New York, Los Angeles, and London.

“TVSquared’s technology is being used by some of the world’s biggest brands to disrupt and measure the effectiveness of the $202 billion TV advertising market,” said Paul Davidson, managing partner at West Coast Capital. “This funding round positions TVSquared for continued growth and secures a world-class technology and team for that growth.”