Italy may soon have a much bigger field of startup dreams, thanks to a new deal struck by one of the country’s most ambitious incubator programs.

H-Farm, an incubator based on a farm outside of Venice, said it has raised $105 million to expand its concept by creating the “H-Campus.” When completed in 2018, H-Campus will have 3,000 students, teachers, and entrepreneurs, according to a press release.

With the new money, H-Farm will add a bigger educational component, designed to reach a wider range of people. The money is coming from a real estate fund run by Finint Investments SGR and will be partly underwritten by Cattolica Assicurazioni, the FIA2 Fund managed by CDP Investimenti SGR, and Ca’ Tron Real Estate (owned by the H-Farm’s founders).

“The investment highlights our full commitment towards innovation, that today results in the creation of an international hub where students, professionals, entrepreneurs and managers are guided in a digital transformation process and become informed protagonists of today’s changes, able to understand and anticipate these changes,” the organization said in a statement. 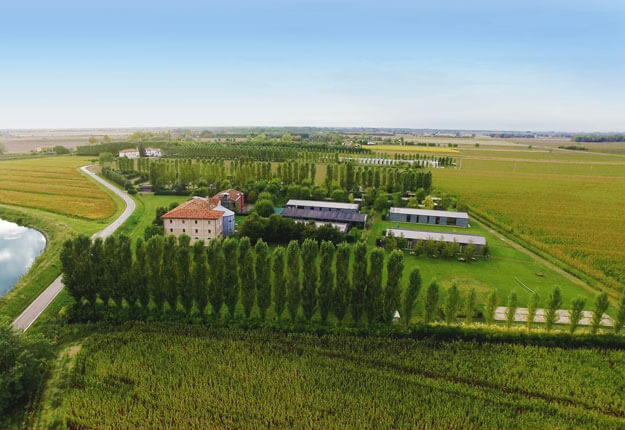 The full campus will cover 10 percent of the land, with the rest preserved as park. The new construction will include classrooms, a large conference hall, restaurants, meeting rooms, dormitories, and sports facilities.

H-Campus would be the latest large-scale project of its kind. In Paris, Station F, which touts itself as the world’s largest startup campus, is set to open in just a few weeks. In Helsinki, the city is in the early stages of transforming an old hospital complex into a startup campus called Maria 0-1.

In contrast to those two urban projects, H-Campus will offer a more agricultural vibe, in case you needed another reason to visit the Venice region.