500 Startups has named a new entrepreneur-in-residence, bringing on board former DataHero cofounder Chris Neumann to help companies with a “heavy focus or influence of data on technology” bring their product to market and sell it to customers, who often don’t have day jobs as data scientists. 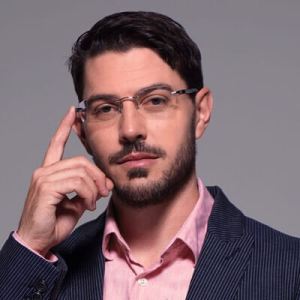 Neumann is the latest EIR to work with the startup accelerator, joining Tristan Pollack, Rebecca Woodcock, Eric Bahn, and Louise Fritjofsson. Neumann brings with him an understanding of the big data space, along with experience gained at two companies that were acquired — Aster Data and DataHero, which he founded.

“I took some time off, did some traveling and some consulting on data strategy, all while trying to figure out what I was going to do next,” he told VentureBeat. “I knew the partners at 500 so I wound up volunteering and mentoring. At the end of last year, 500 Startups asked if I wanted to join full-time.”

Neumann shared that the take-away from his mentoring experience was that he found a lot of interesting startups and “didn’t know if I wanted to start another company, but enjoyed helping them.”

Unlike traditional EIR roles at venture capital firms, where entrepreneurs provide value to companies in the portfolio while figuring out what they want to build next, 500 Startups asks EIRs to get hands-on with the program.

Neumann said that 500 Startups was looking for someone with a background in data analytics and shared that he’ll be working with dozens of companies, helping some bring to market business intelligence products and assisting others that are leveraging data in non-traditional markets, such as in fraud detection and government. But regardless of the company, his task is to help entrepreneurs translate what they’re doing into business objectives that customers can understand. This includes answering such questions as how to price goods and services, how to sell the product, and how they can bridge the technology they’re building with the needs of potential buyers.

“Having been in operational roles for a dozen years in the data space, I found myself increasingly wanting to give back and have value with startups,” Neumann said. “With 500 Startups, it’s an opportunity to come in, give something back to the community, and see more about how 500 Startups as an organization works.”

Data science may be a hot topic in the industry, but it hasn’t yet had its “wow” moment. Neumann believes this will happen when entrepreneurs build products that don’t require customers to do a lot of work. He says that products should provide the answer users want without requiring them to interpret the data. But if there’s a need to dig deeper into the data, products should support that.

“A lot of data-centric founders get lost in the weeds. They get excited about the analysis, but people want the value. They don’t want to do the digging,” Neumann said. “For most people, the value from data-centric products is in leveraging the data to do something. A lot of founders, particularly [those mathematically inclined], forget that people just don’t care. They just want to take the data and do something wonderful.”

He advises entrepreneurs to think about it this way: “Whatever you think is easy will be incredibly hard for users. Make it easier and keep doing that, keep iterating, and keep customers in the loop until your target market tells you it’s magical and easier to use. Then it’s easy to use.”

Neumann declined to state what he’s going to be building next, instead reiterating that he’s focused on helping startups in the 500 Startups portfolio. His first day was last week.