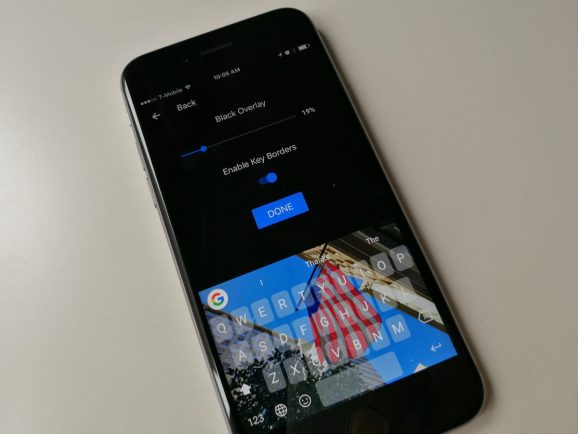 Google is rolling out a handful of notable updates to its Gboard keyboard app for iOS today, including new languages and a nifty new voice typing feature.

First launched in May last year, Gboard essentially integrates search into the keyboard, letting users find GIFs and emojis, as well as search for information online. The app finally arrived on Android in December, replacing the existing Google Keyboard app.

Now Google has turbocharged Gboard for iOS with voice typing, meaning you can verbalize messages directly into the keyboard — to activate this you just long-press the mic button and start talking. With Google’s word error rate rapidly shrinking, thanks to its voice recognition smarts, voice has been playing an increasingly central role across Google’s suite of services. For example, users are now able to edit and format text in Google Docs using nothing but their dulcet tones, while Android TV users can search for content using natural language voice searches.

Other new features added to the mix include a bunch of new emojis that shipped with iOS 10 and, interestingly, Google Doodles. Indeed, whenever Google introduces a new doodle to its Google Search homepage to mark an anniversary or holiday, Gboard users will now also be able to tap a little animated “G” icon on the keyboard, which will surface the day’s doodle and lead to more information about it.