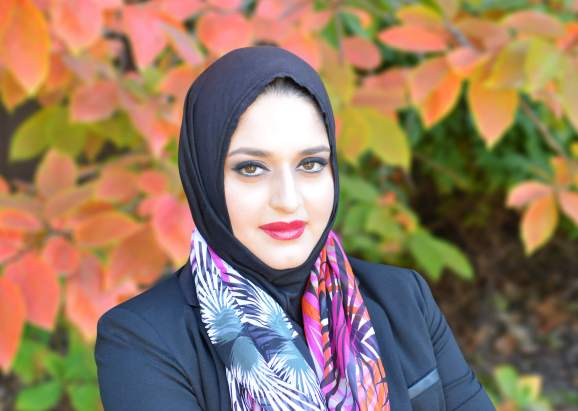 This is the Menlo Park, Calif. and Singapore-based firm’s first fund, and the company has already invested $58 million of it in more than 10 companies. Early-stage investments include Paytm, an India-based digital payment company that has partnered with Alibaba’s Alipay, and Paktor, a startup referred to as the Tinder of Southeast Asia, that’s based in Singapore. Later-stage investments include Uber, Spotify, Twilio, and Magic Leap.

Launched in 2015, the firm is managed by general partners Minal Hasan and Ozi Amanat, based in Menlo Park and Singapore, respectively. “We primarily want to invest in tech companies that have a long-term global impact,” said Hasan in an interview with VentureBeat. “And for me that means companies that are thinking about going global from day one.”

Hasan argues that a lot of Silicon Valley-based companies are focused on solving small problems because they are thinking locally, rather than globally, which often leads to hyperlocal VCs. She and her partner are interested in U.S. companies that want to expand overseas, but also in companies that are based in emerging Asian markets like China, Singapore, Japan, Hong Kong, India, and Indonesia.

“I think the next Facebooks and Googles of the world will come from these emerging Asian markets,” she said.

Hasan is a refreshing change from the stereotypical white male VC. Originally from India, the investor dabbled in a variety of things before becoming a VC — journalism, computer programming, product marketing — and she also served as legal counsel for startups like Uber, Square, and Medium. She started making investments as an angel investor, injecting about $17 million of her own money in carefully selected startups. “I really liked that more than practicing law, so I decided to become a VC,” she told us.

As the daughter of immigrants, Hasan is worried about the Trump Administration’s proposed immigration restrictions, and, as a business person, she is concerned about their impact on her startups.

“Some of the potential proposed legislations around changing the H-1B visa program could have a significant chilling effect on the tech industry, including my own portfolio companies,” she said. “Because we have such a global model, we have a lot of Asian portfolio companies trying to come out here, or companies that are based here who want to hire internationally.”

Hasan has another concern, namely the lack of diversity and inclusion in Silicon Valley — a problem that seems to be crystalizing, rather than dissolving. Uber’s recent sexual harassment scandal proves just how difficult it is for women out here.

“Often women are held to a different standard in tech,” said Hasan. “But part of my goal in entrepreneurship is to show that gender should not be a barrier. There are always going to be challenges. I’ve dealt with them myself, but through my work I want to prove that they can be overcome, and it’s possible to succeed.”