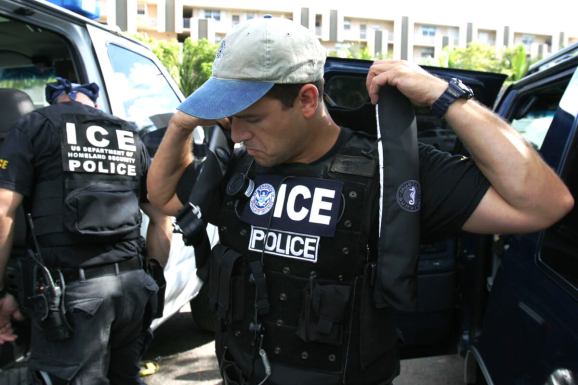 Visabot, which helps individuals fill out visa applications and parse immigration law, is launching a free service to help young undocumented people who are eligible for protection under the Deferred Action for Childhood Arrivals (DACA) program, also known as “dreamers.”

The Trump administration has pledged to preserve the DACA program that began under President Obama. But Trump has also promised to hire an additional 10,000 Immigration and Customs Enforcement officers and deport millions of people.

Roughly one million people are eligible for DACA, according to an estimate by the Pew Research Center. Though Pew believes nearly 80 percent of those eligible for DACA have already applied, some news outlets have reported a rush to apply following the election of President Trump.

CEO Artem Goldman told VentureBeat in a phone interview that Visabot will provide free services to dreamers to help them legally remain in the United States.

“We’re going to provide some types of visas for free that we believe are important for society, because people who need those visas, like dreamers, usually don’t have money. So we want to help them, especially with this Trump situation. We think it’s important,” Goldman told VentureBeat in an interview.

Visabot originally launched on Facebook Messenger last November to help people with specific visas — like B-2 tourist visas and O-1 visas for people with “extraordinary talents.”

The DACA portion of Visabot was created by cofounders Goldman and Andrey Zinoviev, along with the Stanford Center for Legal Informatics and a team of engineers Visabot works with in Russia.

Legal minds at Stanford have also supported Joshua Browder, the creator of a bot that helps homeless youth find housing, one that helps refugees apply for asylum, and a ticket lawyer bot Browder says has successfully challenged hundreds of thousands of parking tickets.

Visabot walks DACA applicants through the application process by prompting them to answer a series of questions. Once the application is complete, a cover letter is generated, as well as I-821D and I-765 forms that have been filled in by the bot. The bot also provides instructions for the next steps to take with the United States Citizenship and Immigration Services (USCIS).

More than 30,000 people have used Visabot since its launch in November, more than half for the O-1 visas for extraordinary talents.

Several users of the bot have also signed up to take advantage of a new visa application-tracking feature that crawls the USCIS website every 30 minutes.

The company plans to make money by charging for assistance with visas like the H-1B and O-1, the kinds typically sought by people working at tech companies or international consultancy firms.

“In the future, we definitely plan to charge, but for working visas — so basically, we’re going to charge companies, not people,” Goldman said.

Visabot isn’t the only tech solution to launch in the U.S. with the mission of helping undocumented people. RedadAlertas, or Raid Alerts, is an open-source app that alerts undocumented individuals when Immigration and Customs Enforcement (ICE) are in the area.