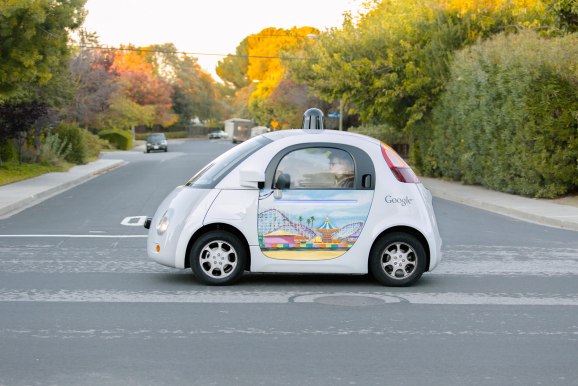 Something strange happens when you look into a crystal ball.

For some, it becomes easier to imagine roadblocks that don’t actually exist or that are not really insurmountable. Maybe it’s a way to create more hype by painting a dire picture or to build up a taller mountain to scale as a way to raise even more investment money. Who knows? It’s a problem I’ve seen many times in tech, where the naysayers get most of the attention.

The same problem exists when it comes to connected cars. It does seem like a big challenge: reinventing the most common form of transportation. The death toll on U.S. highways increased by 10 percent in 2015, and the U.S. has the highest roadway fatality rate in the world. In 2016, the increase was 7 percent, or about 40,000 fatalities. The culprit in many cases is distracted driving. The urgency behind making cars more intelligent is real, but there are still those who predict doom and gloom, claiming that we’ll need an entirely new highway system or that older cars will be left out of the equation.

These myths about connected cars and autonomous driving come up frequently in discussions about lack of progress in the industry, what will really happen in cities like Las Vegas or LA when cars become more connected, and which companies will be involved from a technology standpoint. No, it doesn’t help when one innovator in autonomous cars sues another tech firm. Yet progress is possible.

It’s important to remember that these myths have mostly arisen out of our collective imagination and won’t necessarily cause major delays.

1. We will need new roads

Some seem bent on applying the Chevy tagline “find new roads” to autonomous cars, but it’s a myth that autonomous driving and connected cars will need their own highways, or even their own lane. This myth is sometimes purported by the very people trying to advance the connected car revolution — the argument being that it will be easier to create regulations that govern self-driving cars if they have their own highway or lane.

The problem is that building completely new infrastructure is unreasonable. (My guess is that some of these folks live in California, where there are highways dedicated to trucks driving between LA and San Francisco. That’s not true of most states.) AI in cars should be smart enough to operate on any road. If we start assuming that more advanced cars will need special treatment, it means they aren’t that advanced. And the one unchanging reality of the transportation industry, really since the 70s, is that you have to stick with what you already have. The minute you start talking about a major revamping of the existing highway system is the same minute legislators, city officials, and drivers start losing interest.

2. Only new cars can benefit

It’s true that newer cars — with adaptive cruise control, sensors that warn you about an obstruction when you back out of your driveway, and the ability to keep you in your lane — offer major advantages over that 1999 Honda Civic with a failing muffler. Yet if you carry this logic to its eventual conclusion, anything old — like a laptop, a router, or a smartphone — becomes archaic. We all know you can “resurrect” a laptop that’s a few years old, maybe by installing a light version of Linux. And do we really think an Android phone from 2014 has lost all value? There is usually a way to make old tech viable again.

The same is true with older cars. One company, called Navdy, makes a heads-up display you mount above the steering wheel that can see navigation routes, interact with Apple’s Siri, and have all of your incoming text messages read aloud. Indeed, most of the research into self-driving cars does not involve a brand new model. Google usually retrofitted cars from Toyota and Lexus with autonomous tech, and those cars were not always fresh off the lot.

3. The infrastructure is archaic

I’ve hit a few potholes up here in Minneapolis. It’s true that highways and bridges are desperately in need of repairs. Yet AI in cars can actually help overcome this obstacle. One example of this is a company called Savari, with its vehicle-to-vehicle tech. I saw how it works in a demo at CES 2017 last month, and the wireless equipment that’s added to intersections and the car itself does not require a complete overhaul of roads within a city or of the highway. In fact, some of the equipment looks exactly like the transmitters used at intersections today that warn you about an approaching ambulance. The wireless signal for this, called DSRC, was invented in 1999! A Cadillac from way back in 2006 could use it in a prototype model. Bolting some transmitters onto intersections is not an impossible task — it’s certainly easier than fixing all the potholes.

4. The mistakes an AI makes could cause more accidents

This one always gets me going. I’ve been told by friends and colleagues that autonomous driving tech is too frightening and untested. You know what’s far more frightening to me? A future where we don’t let cars scan the road or make split decisions in ways humans can’t (especially when the kids are screaming or the windshield is covered in ice) and instead rely mostly on intuition and a sixth sense. That has not worked out. I witnessed a bike accident once, and last summer I hit a deer while going 55 miles per hour. Modern cars can sense obstructions, brake automatically, and even veer out of the way to avoid a collision. It’s not about perfect AI. It’s mostly about AI giving us a bit more vigilance on the road.