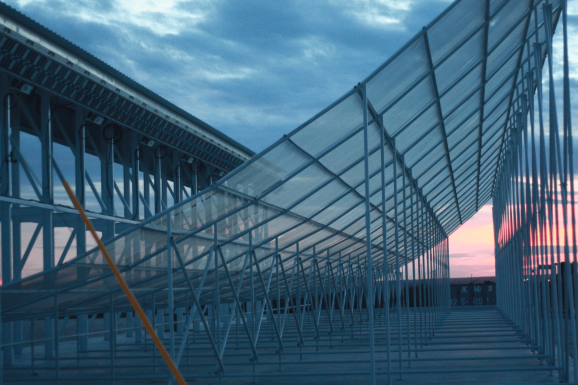 The Star Wars saga painted a sensational picture of outer space. But the truth is, there are a myriad of debris floating around out there — 13,000 pieces to be exact — that pose a danger to the 500 or so satellites in low Earth orbit (LEO). LeoLabs, a spin-out of SRI International, announced today a seed round of $4 million for its technology to better track this debris.

Based in Menlo Park, the LeoLabs team has developed a phased array radar technology that can track up to 1,500 pieces of debris per hour. “There are a few debris-generating events in the news every year,” said Dan Ceperley, cofounder and CEO of LeoLabs, in an interview with VentureBeat. “These include collisions and explosions. However, it is often impossible to determine if an explosion is actually due to a collision with a piece of small debris since the small debris is not tracked today.”

In addition to the 13,000 pieces of larger debris orbiting the Earth, there are an additional quarter of a million smaller pieces — about 0.80 inches across, according to Ceperley — that threaten operational satellites and spacecrafts. One notable incident that occurred in 2016 happened when a piece of debris dented the solar panel on a European satellite.

With traditional large satellites costing in the tens to hundreds of millions of dollars, the total cost of satellites currently in LEO is in the billions, according to Ceperley. “Probably in the low tens of billions,” he noted. So there is clearly a market here.

LeoLabs currently has two radar facilities set up — one in Texas and one in central Alaska. The one in Midland, Texas contains more than 100 small antennas that emit radio waves and listen for echoes from space debris.

“In space, everything moves so quickly,” said Ceperley. He explains that the LEO atmosphere is best represented in the movie Gravity, where things move much faster than in other space movies, like 2001: A Space Odyssey. “There’s so much debris, you have to be able to track quickly,” he said.

The LEO atmosphere, which Ceperley refers to as the “man part of space,” has seen an increase in commercial activity lately. “It’s where these new Silicon Valley space startups are sending their stuff,” he told us. “New satellite technologies, such as CubeSats, have dropped the price per satellite significantly. As the cost drops, companies put up more satellites, hence the upcoming mega-constellations which will have hundreds to thousands of satellites in them.”

And the business of space isn’t going anywhere — with projects like Elon Musk’s plan to colonize Mars and Richard Branson’s space tourism company, Virgin Galactic, traffic up there will only be increasing. “It’s a very exciting time in the space business,” said Ceperley.

Indeed it is, especially for the recently launched startup, which aims to provide a comprehensive dataset of space debris for both commercial and governmental use. Although Ceperley would not disclose any customers at this point, we can speculate that agencies like NASA and companies like Google would find this set of data useful in navigating their satellites.

LeoLabs has set up a cloud-based service for data collection that centralizes all the data recorded by the tracking radars — customers can interact through an API to request the data. The fee will depend on the customer’s needs and data requested, but Ceperley says that the technology can predict collisions a few days in advance. “We already have commercial engagements active with several customers,” he said. “These are focused on collision avoidance and tracking newly launched satellites.”

In terms of location, Ceperley says that the radar sites need to be chosen to maximize coverage of orbiting debris. Right now, the Midland site in Texas expands coverage to 95 percent of the debris tracked today in LEO. In order to cover 100 percent, the team plans on building additional radars closer to the Equator, he said.

Horizons Ventures led this seed round, with participation from Airbus Ventures and SRI International. “SRI has been doing basic and applied research in space for a very long time but has entered the world of space-based spin-offs very recently, with LeoLabs being the first one,” wrote Manish Kothari, president of SRI Ventures and a vice president of SRI International, in an email to VentureBeat. “From a ROI perspective, it is certainly true that the return may take a couple of years longer than a pure software investment. However, the potential market size is very large.”

LeoLabs will use the new funds to hire more team members, including engineers, and to implement early customer engagement. Founded in 2016, the startup currently has eight employees.