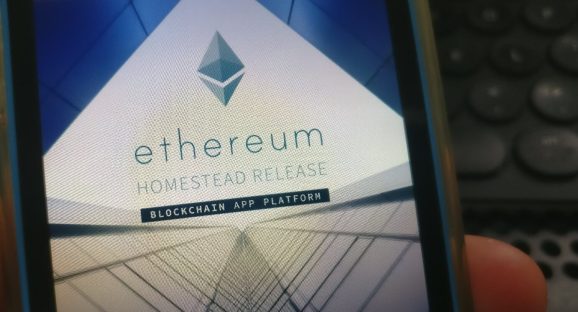 Thirty big banks, tech giants, and other organizations — including J.P. Morgan Chase, Microsoft, and Intel — are uniting to build business-ready versions of the software behind Ethereum, a decentralized computing network based on digital currency.

The group, called the Enterprise Ethereum Alliance, is set to debut at a summit in Brooklyn, New York on Tuesday, during which members J.P. Morgan Chase and Banco Santander are scheduled to demonstrate a pilot of the financial technology as it exists today. The pair plan to show off a “spot trade” on the foreign exchange market for global currencies using an adaptation of Ethereum as the settlement layer.

Ethereum uses a blockchain, often referred to as a distributed ledger, to record and execute transactions without the need of a middleman. Instead of a centrally managed database, copies of the cryptographic balance book are spread across the network and automatically updated as any payment takes place.

Satoshi Nakamoto, the mysterious inventor of Bitcoin, first introduced the concept of a blockchain to the world in a foundational white paper nearly a decade ago. (You can read more about Ethereum, a more flexible and developer-friendly alternative to Bitcoin with Ether as its native cryptocurrency, in this Fortune feature.)

The Ethereum alliance arrives as a challenger to several other extant blockchain ventures. The R3 consortium, for example, counts scores of partnering banks among its members, despite recent high-profile departures by Goldman Sachs, Santander, and Morgan Stanley. It has created “Corda,” its own take on a blockchain.

IBM, meanwhile, has spearheaded another initiative known as the Hyperledger Project, part of the non-profit Linux Foundation. That group maintains the “fabric” blockchain codebase, which as been used in supply chain trials with Wal-Mart.

Much of the interest to date from traditional financial firms involves “private” blockchains, meaning permission from an authority is required before a party can join the network. The original versions of Bitcoin and Ethereum have public networks that anyone can join. (At press time, the market caps of their cryptocurrencies were approximately $19 billion and $1.4 billion, respectively.)

Alex Batlin, blockchain lead at Bank of New York Mellon, said that while the Ethereum alliance will focus on the development of private blockchains, the hope is that these will one day link up with the public Ethereum blockchain, which is open to all.

“That interconnection of public and private chains actually creates a very strong network,” Batlin said on a call with Fortune. “Each chain strengthens the other at an exponential level.”

In the view of its proponents, Ethereum’s public and private networks will become analogous to intranets versus internets; they will share standard protocols, but have different configurations for privacy and security, depending on each organization’s needs.

Members of the Ethereum alliance include Accenture, BBVA, BNY Mellon, BNP Paribas, BP, Cisco, Credit Suisse, ING, Thomson Reuters, and UBS. Also joining is IC3, or the Initiative for Cryptocurrencies and Contracts, an academic group consisting of researchers from universities such as Cornell University, UC Berkeley, and Israel’s Technion.

Several representatives from alliance firms cited the energy surrounding Devcon2, Ethereum’s fall developer conference in Shanghai, as the focal point that led to their collaboration on this effort. Despite multiple hacks on Ethereum-based applications and a controversial splitting of the Ethereum network, enthusiasm in the network has apparently not diminished.

J.P. Morgan is responsible for developing the basis of the blockchain tech for the alliance. Called “Quorum,” the bank’s code has been designed to add privacy protections into the mix, among other tweaks.

The partners will help each other develop the foundations for different use cases, such as post-trade settlement, payments between banks, and supply chain tracking, while competing on applications and services built atop the networks. The top priorities for the alliance now include ensuring scalability and security.