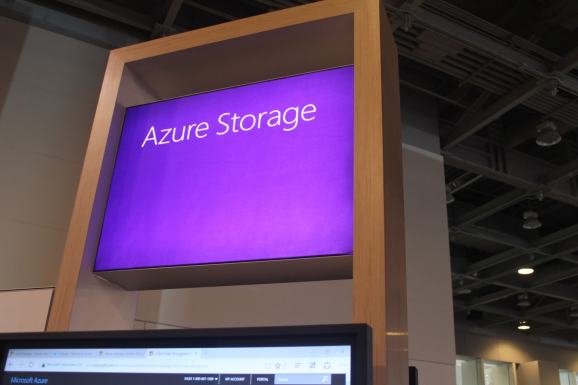 In addition to launching the updated software, Microsoft is introducing the pricing model that it will use for Azure Stack once it’s commercially available. Microsoft expects customers to run Azure Stack atop new hardware provided by handpicked partners Dell EMC, HPE, Lenovo, and Cisco, but organizations will only be charged based on the resources that they actually consume.

“If you don’t use it for that year, you’re not going to pay us anything,” Microsoft corporate vice president Mike Neil told VentureBeat in an interview. But if organizations don’t think this model will work best for them, they can buy a license with a fixed price based on the number of CPU cores, Neil said.

Amazon Web Services (AWS) and Google Cloud Platform, which are Azure’s two biggest competitors in the public cloud business, offer nothing quite like Azure Stack, subscription or otherwise. Oracle, which offers public cloud infrastructure, sells a “Cloud Machine” for on-premises data centers but with subscription pricing. VMware, which is seeking to extend its on-premises software for server, storage, and network virtualization to AWS, is promoting VxRail and vSAN Ready Nodes, after introducing the EVO:RAIL hardware-software bundle in 2014.

But on-premises software for operating private clouds isn’t new to Microsoft. Windows Server has been available since 2003. Neil acknowledges that there’s some overlap, but he thinks the two products will remain independent in the years to come. “You want to be able to run a wide range of capabilities and a wide range of services that don’t make as much sense as part of Windows Server in a monolithic operating system release,” Neil said.

Microsoft introduced the first Azure Stack technical preview more than a year ago.

The new version will include support for Azure’s Scale Sets and Active Directory Federation Services (ADFS), the ability to use Azure’s D-Series of virtual machine (VM) instances, and the ability to syndicate Azure Marketplace products on Azure Stack clusters, wrote Jeffrey Snover, Microsoft Azure Infrastructure and management technical fellow, in a blog post.

While organizations can’t let end users provision custom-sized VMs the way that they can on the Google public cloud, admins can specify what should be offered to end users in Azure Stack, Neil said.

Up next for Azure Stack ahead of general availability: multitenancy, Azure Functions, and templates for running Apache Mesos, Cloud Foundry, and blockchain.