For several months now, SoftBank CEO Masayoshi Son has been trying to explain how his vision of the future has driven him to make some audacious bets.

There was the $31 billion acquisition of mobile chip leader ARM Holdings. There was the $100 billion vision venture capital fund. Back in October, Son explained how he felt the singularity (when machines become smarter than humans) and the explosion of devices connected to the internet was going fundamentally reset the balance of human existence.

Since then, SoftBank invested $1 billion in OneWeb, the company that is planning to launch a constellation of satellites to provide global internet access. At Mobile World Congress in Barcelona this week, Son offered an update on his vision to explain how OneWeb fits into his master plan.

He has used that theory to explain why he purchased ARM Holdings last year. The chip maker recently said it sold 100 billion chips in its 30 year history. It expects to sell that many again in the next four years. Son said over the next 20 years, he expected that to be 1 trillion chips, creating what described as a “Cambrian explosion” of smart devices.

“By owning ARM, I can discuss with our engineers what they will be deigning over the next 10 years,” he said. “One of the chips in our shoes will be smarter than our brain. We won’t be as smart as our shoes.”

To pursue the opportunities created by that explosion, Son said he created the $100 billion vision fund. He argued it’s largest than all the other venture funds in the world put together. But he also said it’s too small.

But before that fund was even complete, SoftBank made its move on OneWeb. SoftBank now owns about a 40 percent stake in the company.

Son explained that he believed land-based cellular networks were not going to be sufficient for the singularity era for two reasons. First, he said the horizontal direction of the radio waves meant they hit too many obstacles, which degraded the signal. And second, they don’t tend to cover remote areas well.

OneWeb will launch 800 satellites initially, and then another 2,000, he said. They will provide 200 Mbps download speed, which he described as “fiber speed.” He said this will allow truly global coverage with signals that are coming down vertically. This combination would be important for things like autonomous vehicles, drones, and industrial applications that need to be sure they can be connected at all times no matter where they are.

“This is an exciting company,” he said. “From space, those satellites become like a cell tower. Think of fiber from space.”

If you’re looking for a clue as to where he may go next, Son also spent a lot of time talking about security. He noted that most of the ARM chips in cars were completely non-secure because they were designed for another era.

“The number of hacking episodes continues to grow,” he said. “We are enhancing security very quickly. We need to secure all those things in our automobile.”

Through all of this, he said technologists have an obligation to understand the implications of these advances, and to design them to benefit people. He remained optimistic that post-singularity, artificial intelligence can be a force for improving the world and the lives of people.

“If we use AI in good faith, it will be our partner,” he said. 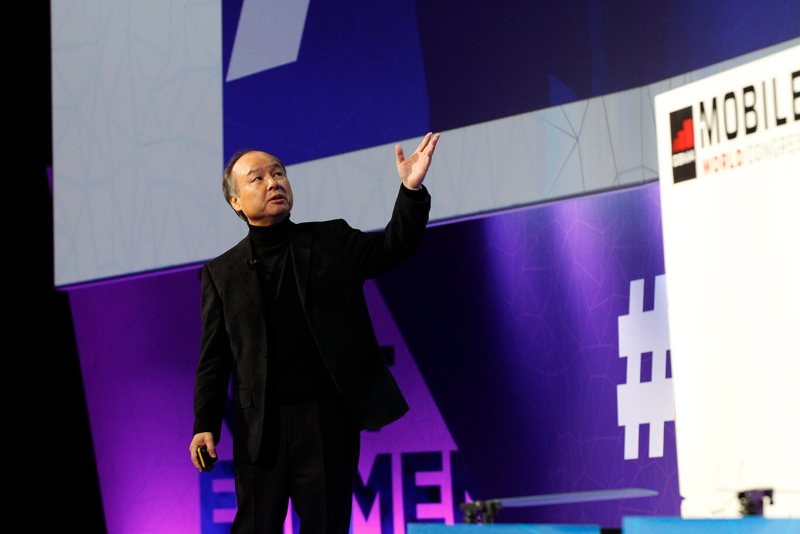