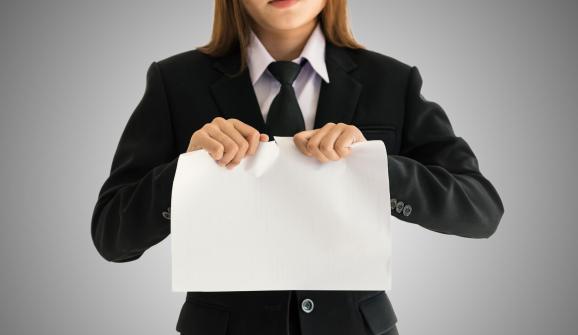 I had a really enjoyable interview with Harry Stebbings a few weeks ago for his SaaStr Podcast, and as part of the discussion he asked me a question: “What metrics do you look at as an early-stage SaaS investor?” To which I basically responded: “Metrics? Why the #$% are you asking about metrics at an early stage?”

The question reminded me of a blog post I read recently, listing the KPIs that every SaaS startup should know. And I realized this is a question (or issue) many entrepreneurs have. But, as far as I’m concerned, it’s a huge misconception.

Given that Harry and I had an engaging conversation around the topic, I thought my disdain for metrics might be worth sharing more broadly. A couple of stories illustrate my thinking:

I had the good fortune to co-lead a Series A round in Krux, backing them to build an intelligent marketing hub. That SaaS business was acquired by Salesforce.com for $800 million. Yes, I’m bragging a little. At the time we started our discussions, Krux cofounders Tom Chavez and Vivek Vaidya had just a few beta customers and were in the process of signing up their first customer who was going to pay them $12,500 per month.

So which metrics, exactly, were they supposed to be on top of: CAC? Well, it took the entire management team about a year to get the first customer, so that’s about $1 million. Churn rate? No one has churned yet, so that’s zero. Lifetime value? Infinite, with zero churn rate. Sales cycle? One year. Terrible. What about gross profit? These were early days of AWS, and Krux needed to spin up a lot of servers at peak. Cost of revenue in the first month?  $33,270. That’s -266% gross margin … it actually makes Snap’s negative gross margin look good.

Krux is not the exception. Other companies I have backed at an early stage fit in the same category: Vidible (video syndication platform) had four customers and was acquired by AOL. Appboy (mobile CRM) had one, Smartling (translation management software) had 12, while Fastly (CDN) had one huge customer, which skewed their data.

Just a few days ago I met with an awesome entrepreneur who started a new company last year and has signed up five customers in the last quarter. Almost all the same points apply: He technically has CAC that’s too high, nonexistent churn, long sales cycle, and low gross margin.

So my message to early stage founders looking to raise funding is this: Don’t look (yet) at a variety of startup financing decks and metrics and potentially have a heart attack. If your prospective investors are asking these questions, you’re not talking to early-stage VCs.

Now, there’s no question that metrics are important for growing a company the right way, for keeping track of how well you’re doing, and for raising subsequent rounds of funding. These metrics will matter as you go from Series A to Series B or beyond, because at that point they’ll help measure the health of your business. But they are basically irrelevant for raising early-stage financing. Even worse, these metrics may be misleading.

If I’m going to use data as a signal for product/market fit, then that data needs to be, at minimum, statistically significant. And to be significant, a company needs to offer a volume of data over time. I don’t mean Big Data, I just mean a year or more of data culled across dozens of customers. It’s only then that the data will provide quality insight into the health of a business. But how many early stage enterprise SaaS companies have that many customers? Easy: very few.

I will also note there’s a big difference between enterprise SaaS and transactional/SME (Small and Medium Enterprises) SaaS. These metrics matter a bit more if you’re selling a SaaS product to SMEs. These products generally tend to be more lightweight and are built faster, and the sales cycles tend to be a lot shorter, so a startup is able to get to critical mass of customers, usually, after raising a reasonably-sized seed round. We most recently backed YouEarnedIt (employee engagement software) in its Series A, and the company has almost 300 customers (statistically significant number) with very good early transactional SaaS metrics. And we really like the founding CEO.

The bigger problem with the current narrative around metrics and growth is that a reliance on super early, patchwork data can easily lead an investor or entrepreneur astray. Just look at the example of Krux’s million-dollar CAC. If an investor takes that number at face value, there’s no way they invest. So don’t give it to them.

When quantitative data is lacking, I place a high premium on the following qualitative indicators: product, market, team, moat, and timing of the opportunity. Sometimes we go to great lengths to validate them, sometimes we understand them intuitively.

Team comes first. I have a strong, almost messianic, bias for founder-led teams. In enterprise markets, prior experience of the team matters quite a bit. It does not mean they needed to have run a company in the same space already, but it does mean the founders need to know their potential customers, what their pain points are, how to build a product they want, and how to sell it. This, by the way, is notably different from consumer opportunities.

In addition to relevant experience, we look for a certain personality type. Running a venture-backed startup is an exceptionally tough job. To quote George Bernard Shaw, “The reasonable man adapts himself to the world; the unreasonable one persists in trying to adapt the world to himself. Therefore all progress depends on the unreasonable man.” Or woman.

Market opportunity needs to be large, but it also needs to be addressable, meaning the dynamics are favorable to a new entrant. Generally, venture capitalists want a total addressable market (TAM) of at least $1 billion. Why? It’s easier to find customers when there are many of them and when they have a lot of dollars to spend. It’s hard for any one company to have a huge share of the market.

Salesforce.com, for instance, has roughly 20 percent market share of the CRM space, and it is one of the most dominant SaaS companies ever created. So, if a startup is going after a $200 million market and wants to be the next Salesforce, its potential upside is $40 million in revenue, which is respectable. But investors and founders alike want the upside to be a huge opportunity.

Once I’m satisfied with the market opportunity and the team, I’ll want some initial evidence that the product resonates with the market. So we’ll do a deep dive with the handful of customers who have signed on, even at Alpha stage, and introduce the company to prospective customers.

It’s important for early stage investors, particularly at Series A, to be able to see customers actively in production and understand how they are interacting with the product and where they see value in it.

Related to the product is the question of a moat or, in the highfalutin terminology of business school, “sustainable competitive advantage.” Now, realistically, most startups don’t have a moat on day one, but they should at least have a plan for building one.

Last but not least, there is timing. Many of the ideas we hear have been tried before. Oftentimes, they have failed in the past because the market was not ready, or the surrounding infrastructure was not yet developed. So, we ask “why now”? In the case of Fastly, the world needed a new CDN because the fundamental architecture of the Internet has changed since the late 1990s. Everyone now has broadband connectivity, and long tail content and video has exploded. So what matters is how you manage video, how you cache and retrieve social media content, not how many POPs you have close to the end user.

For an early-stage enterprise SaaS investor, all of the above matters so much more than LTV, CAC, churn, and revenue.

So, at least while you’re pitching the right Series A investors, go ahead and forget about those pesky metrics.