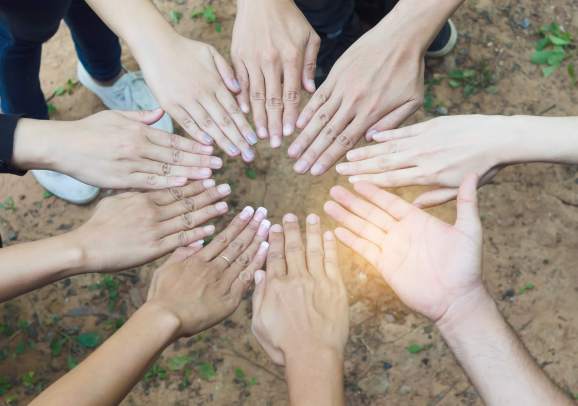 When teams are firing on all cylinders, great things happen. Consider all the people and skills that came together to bring us Moonlight and La-La Land. But when a team trips over itself, the results are less great. Like… oh, I dunno… maybe WARREN BEATTY ENDS UP WITH THE WRONG ENVELOPE. Oof.

Teamwork and deep collaboration is trending in offices around the globe. And if you look closely, there’s a second trend within that trend. It’s known as “the Hollywood effect”, a term coined a few years ago by Andreessen Horowitz.

The Hollywood effect is the increasingly common phenomenon of multi-disciplinary teams being given a one-off problem to solve. They form, deliver, and disband within the space of a year – much like Hollywood movie crews.

Beyond the “Gee, that’s mildly interesting” factor lie real implications for teams and their health. At a time when most offices are still building muscle around cross-functional collaboration (75 percent of such teams report being dysfunctional in some way), the Hollywood effect, with its shape-shifting teams, has the potential to destabilize the workplace even further.

Understanding the forces at work, and how to navigate them, is the best way to ensure your team’s success doesn’t end up on the cutting room floor.

Research from MIT and Harvard shows that diverse teams come up with more innovative, robust solutions to problems than their homogeneous counterparts. Studies show that teams with a variety of ethnicities, ages, genders, and religions tend to listen closer and explain themselves more clearly. And bringing different problem solving styles and educational backgrounds to bear on a problem has a lot of advantages.

Although assembling a cross-functional team doesn’t guarantee you’ll automatically get ethnic and age diversity, you are guaranteed to reap the benefits of diverse skills and thought patterns. (If you think the Hubble telescope’s faulty mirror could’ve been fixed by an all-astronomer team, think again.) That’s good for the business and good for individuals, who get more opportunities to learn from their teammates.

Then there’s the logistical aspect. Shifting staff from project to project, depending on where their skills are needed, increases the company’s agility. Planning can happen on a scale of weeks or months, instead of years.

But there’s no such thing as a free lunch. While management kicks back and enjoys the upside, teams have to contend with a few “gotchas.”

Aside from diverse skills, the other defining feature of “Hollywood effect” teams is that they’re only together a little while. They don’t have the luxury of taking months to storm and norm – they need to form and perform in short order.

Companies have traditionally solved for this by mandating standard processes and procedures their staff are trained on and expected to conform to. But conformity and control breed stagnation. And stagnant companies are getting disrupted by innovate and agile upstarts faster than 20th Century Fox churns out an X-men sequels.

Culture is the new command-and-control. Teams need enough breathing room to determine on their own what they’ll expect of each other and how they’ll get their work done. That said, teams also need some consistency across the company so they aren’t reestablishing patterns from scratch all the time.

Lightweight guardrails are the best way to thread this particular needle. Companies that use the Hollywood effect to their advantage are those with familiar patterns of working. Patterns that are invented and iterated on by one team, then shared laterally with others. It’s all rather ad-hoc, but it works.

Cross-functional teams include people who report to different managers, which means individuals’ job performance is likely measured by different yardsticks. Sometimes those yardsticks come into conflict.

Take, for example, developers (who are supposed to ship lots of new features and bug fixes) and sys-admins (who are responsible for a site or service’s up-time and stability). Having both on the same team helps them communicate and coordinate. But they’ll have different opinions about prioritizing a promising-but-experimental feature versus prioritizing an automated fail-over system.

The key is to get all team members and their managers to agree on priorities for the project as a whole. That way, the team has air cover. When inevitably faced with trade-offs, individuals feel they have permission to let their traditional priorities take a back seat in deference to the team’s overall goals.

There are two techniques to achieve this. First is an exercise called “goals, signals, and measures.” The core team and stakeholders collaboratively define the project’s main objectives and how they’ll measure progress toward them. The other is creating trade-off sliders at the beginning of the project. The team brainstorms things they could potentially optimize for (cost, completion date, ease of maintenance, customer delight, security, etc.) and thinks through where they’ll be most, and least, flexible.

Understanding priorities and trade-offs up front helps keep the team harmoniously humming along.

With diverse skills and experiences come diverse backgrounds and personalities. That’s a recipe for flame wars unless the team has guardrails that keep debates healthy and constructive.

Around our office, we have two mantras that serve as our guardrails: “open company, no bullshit” and “seek first to understand.” The first reminds us to speak our truths, even when that puts us in a vulnerable position, and trust we’ll be truly heard. The second encourages us to assume the other people in the room are not idiots.

There’s also the practice of “sparring,” which is a structured way to get peer feedback on work in progress. Just as boxers, fencers, and kung fu masters can’t train all by themselves, the best way to keep your projects in tip-top shape is to show your work to your teammates and have them tear it to shreds. (Kidding! Sort of …) Maybe you’re at a crossroads – think through a few options, present them, and together you can decide which is the best way to proceed. Or maybe you feel your piece of the project is almost there. Your team can help figure out which aspects need some polish so the whole thing really shines.

It’s also a great way to apply the “seek first to understand” principle and hone skills around giving and receiving constructive feedback.

More than anything, the Hollywood effect means it’s crucial that teams have repeatable, sharable patterns for working together and get them to the “performing” stage quickly. It also means teams have to take responsibility for their own health.

Dom Price is futurist and head of R&D at Atlassian.