Instagram has launched an “early version” of a new form of stickers centered around your location. Available through Instagram Stories, these geostickers are customized graphics made specifically for the city you’re in and are now available in New York City and Jakarta.

When you’re in one of the two supported cities, these geostickers can be added by tapping a sticker icon in the top right-hand part of the screen. More than a dozen new stickers have been created for New York City and Jakarta and will appear based on where you are, be it by specific neighborhood or landmark. According to Instagram, “each one is designed to match the vibe of the location it represents.” 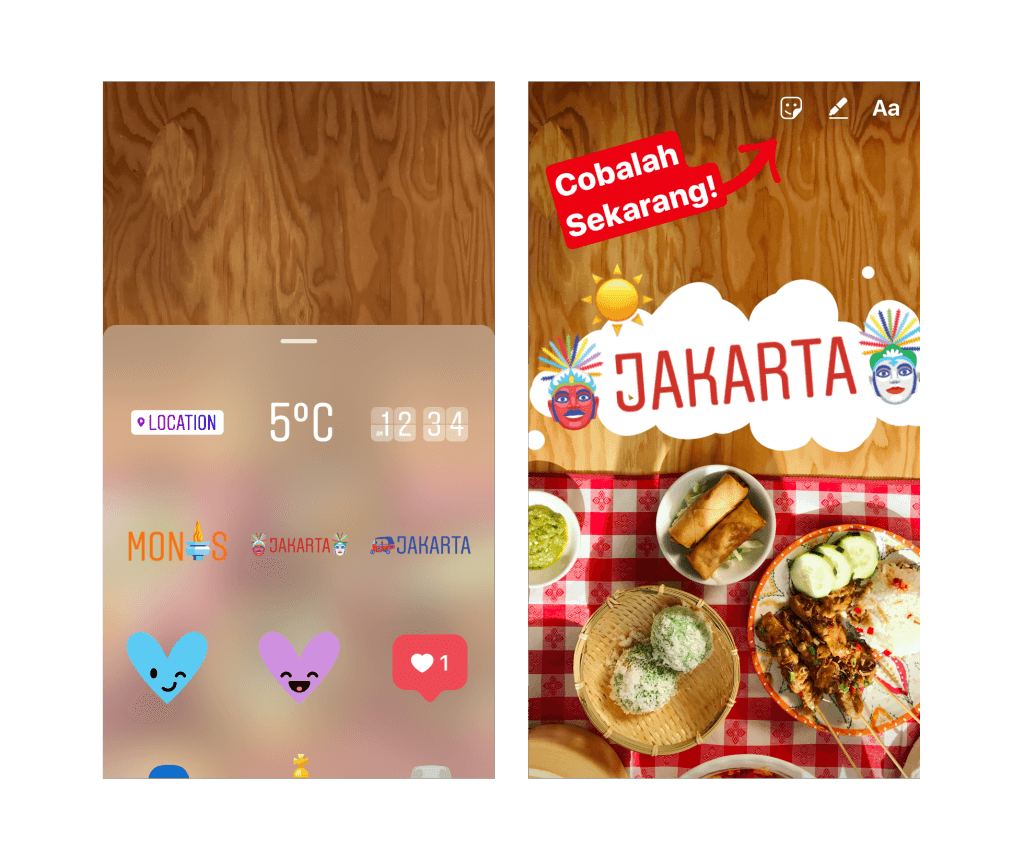 Geostickers function similarly to normal stickers within Instagram Stories, meaning you can add as many as you want, adjust their sizing and placement, and mix and match with any other creative style you want. When your followers tap on a geosticker, it’ll take them to the location page on Instagram so they’ll see photos and videos from that area — at least normal posts shared publicly (Stories are excluded).

Location-based stickers were first introduced in December, but were not restricted in usage — you could apply a Brooklyn sticker to any post even if you weren’t in the New York City borough. Geostickers have such limitation so when you see these stickers you know that someone really is there right now. In a way it also incentivizes creators because it offers a bit of uniqueness — you can’t get these stickers anywhere else.

Of course, the move to bring geostickers into Instagram Stories is another step by Facebook to further import the best features from Snapchat into its app. Snapchat launched these location-based stickers in 2016 in New York City, Los Angeles, San Francisco, Washington, DC, Honolulu, London, Sydney, São Paulo, Paris, and Riyadh. What else is left for Instagram and other Facebook properties to lift from Snap?

To use the new geostickers, you’ll have to update Instagram to version 10.11 for iOS and Android.