IBM Research scientists have stored a single bit of data on the world’s smallest magnet, which consists of a single atom.

The scientists used an IBM-invented, Nobel prize-winning scanning tunneling microscope to demonstrate technology that could someday store all the songs on the iTunes library on the area of a credit card, according to IBM.

Currently, hard disk drives use about 100,000 atoms to store a single bit. The ability to read and write one bit on one atom creates new possibilities for developing significantly smaller and denser storage devices that could someday, for example, enable storing the entire iTunes library of 35 million songs on a device the size of a credit card, the company said.

“Magnetic bits lie at the heart of hard disk drives, tape and next-generation magnetic memory,” said Christopher Lutz, nanoscience researcher at the IBM Almaden Research Center in San Jose, California, in a statement. “We conducted this research to understand what happens when you shrink technology down to the most fundamental extreme — the atomic scale.” 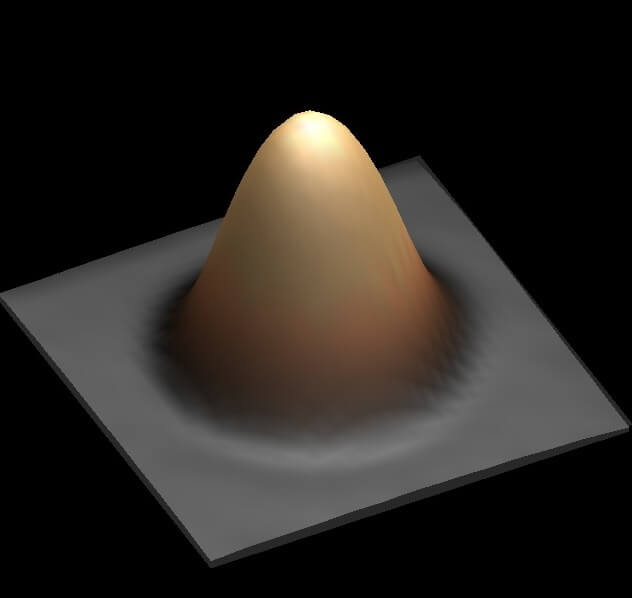 Above: IBM Research stored a bit on the tiniest of magnets: a single atom.

The breakthrough builds on 35 years of nanotechnology history at IBM. By starting at the smallest unit of common matter, the atom, scientists demonstrated the reading and writing of a bit of information to the atom by using electrical current. They showed that two magnetic atoms could be written and read independently even when they were separated by just one nanometer — a distance that is only a millionth the width of a pinhead.

This tight spacing could yield magnetic storage that is 1,000 times denser than today’s hard disk drives and solid state memory chips. Future applications of nanostructures built with control over the position of every atom could allow people and businesses to store 1,000 times more information in the same space, someday making data centers, computers, and personal devices radically smaller and more powerful.

Of course, this is research and it could take a while to commercialize it. The study was published today in the peer-reviewed journal Nature.

“It doesn’t get any smaller than a single atom. This is the ultimate storage feat — one bit on one magnetic atom. We’re excited about the potential for dramatically different storage that’s more compact and robust than anything we’ve previously seen,” said Andreas Heinrich, scientist for the Institute of Basic Science (IBS) in Korea and former IBM Research scientist, in a statement. 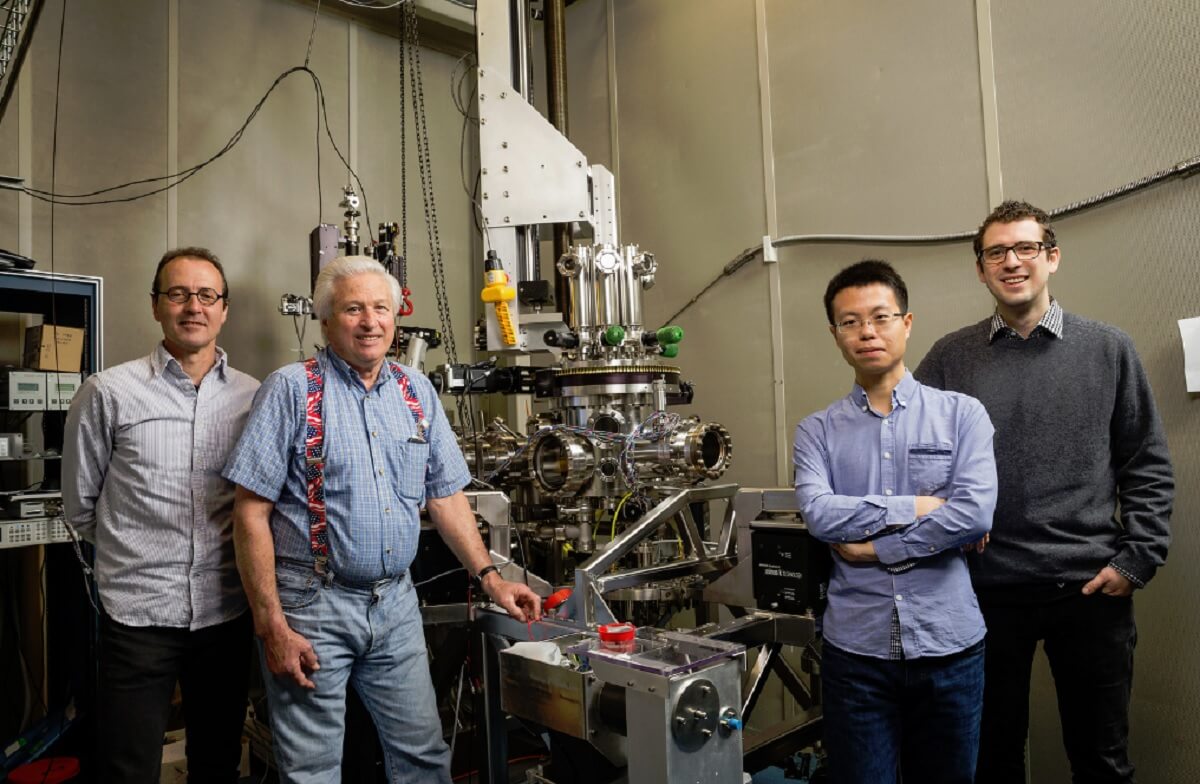 Above: The team that stored a bit on a single atom.

The most basic piece of information that a computer understands is a bit. Much like a light that can be switched on or off, a bit can have only one of two values: 1 or 0. Until now, it was unknown how many atoms it would take to build a reliable magnetic memory bit.

The world’s smallest magnet, similar to a magnet on a refrigerator, also has a north and south magnetic pole, but it consists of just a single atom of the element holmium. The single holmium atom is attached to a carefully chosen surface, magnesium oxide, which makes its north and south poles hold in a stable direction even when disturbed by, for example, other magnets nearby. The two stable magnetic orientations define the 1 and 0 of the bit. The sharp metal needle of a custom microscope introduces a current that flips the magnetic north and south poles of the atom and thus changes it between 1 and 0.

This corresponds to the “write” process in a hard disk drive. Scientists can then measure the magnetic current passing through the atom to determine whether its value is 1 or 0. This is the “read” process. More about the atom’s magnetic properties was learned using a new sensing technique introduced in a companion letter published earlier this week in the peer-reviewed journal Nature Nanotechnology. The quantum mechanical technique, called “spin resonance,” allowed the researchers to use a single iron atom as a sensor to measure the magnetic field of each holmium atom.

The scientists at IBM Research used a scanning tunneling microscope, an IBM invention that won the 1986 Nobel Prize for Physics, to build and measure isolated single-atom bits using the holmium atoms. The custom microscope operates in extreme vacuum conditions to eliminate interference by air molecules and other contamination. The microscope also uses liquid helium for cooling, which allows the atoms to retain their magnetic orientations long enough to be written and read reliably.