Bay Area biotechnology company Bolt Threads is offering the first glimpse of its futuristic fibers with the debut of a necktie made entirely from lab-produced “spider silk.”

Founded in 2009, Bolt Threads has been setting out to “engineer the next generation of high-performance fashion fibers.” The company launched out of stealth back in 2015 and has raised around $90 million in venture capital funding overall, including a hefty $50 million tranche last May that coincided with a new partnership with outdoor clothing retailer Patagonia.

Working at the molecular level, Bolt Threads says it’s setting out to transform the textiles market by “transforming renewable raw materials” into products. How does it do this, exactly? Well, the company studied silk protein deposits to see what gives silk its inherent quality and strength and then recreated these proteins in a lab through fermentation using yeast, sugar, and water. The silk protein is spun into fibers to make articles of clothing — such as ties.

The Boltspun spider silk necktie is the result of seven years of research and design, and Bolt Threads is laying claim to selling the world’s first spider silk product. The company’s CEO, Dan Widmaier, will be showcasing the tie at SXSW in Texas this month. 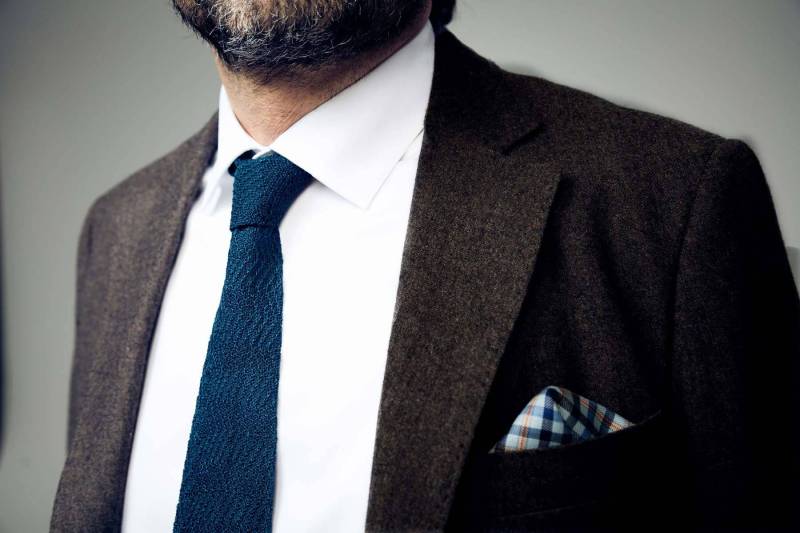 The first fruits of Bolt Threads’ efforts is clearly designed more as a show of technology than as a bona fide attempt to enter the necktie market. Only 50 of the garments are being made available to buy through the company’s website, from March 11 through March 14. Those who apply to purchase one of the ties will be entered into a lottery and selected at random.

VentureBeat has confirmed with Bolt Thread that the tie will cost $314.15.

“We wanted to demonstrate the reality of a completely new way of manufacturing textiles, one that has nearly unlimited potential for innovation and also produces a sustainable product,” said Widmaier, in a press release. “Over the past seven years, a team of dozens of scientists, engineers, technicians, and designers has worked tirelessly to get us to this milestone. We’re proud and excited about this achievement and what it means for the future of textile production. Bolt’s first product is a precursor of what’s to come.”

In terms of what else is to come, well, the options are endless. But a notable hurdle to scaling the products is the time it takes to produce enough fabric — more than 55 miles of lab-spun spider silk filament was needed for each tie, and that can’t be easy to reproduce at scale. But with the first 50 ties off the production line now, things should hopefully speed up. There are other companies working in this realm already. Japan-based Spiber partnered with North Face back in 2015 to produce a concept spider silk jacket called the Moon Parka, though that has yet to come to market.

Elsewhere, “sustainable” biotech food companies have also come to the fore in recent years. These include Clara Foods, Geltor, and Perfect Day, which are working to recreate foods that typically derived from animal products, such as eggs and yogurts.

All of this gives us a glimpse into the future: synthetic silk ties cloned from spiderwebs, and “real” milk made in a laboratory.