In January, Samsung unveiled its 2017 lineup of QLED televisions, promising that the displays would provide the “best picture quality,” an “invisible connection” cable, and a smarter features including an enhanced Samsung One Remote Control app that provides Google Chromecast-like functionality. The TVs are now on sale throughout the United States for a retail price of $2,799.

“Our 2017 lineup is ushering in a new era for television. This year, we are taking smart features, craftsmanship and creativity to new heights — all while delivering a premium experience and solving everyday consumer pain points in the process,” said Dave Das, Samsung’s senior vice president for consumer electronics marketing, in a statement. “With QLED TV, Samsung’s advances in Quantum dot technology provide our best picture quality ever — all while truly enhancing the way you live…”

Available in three models — the Q7, Q8, and Q9 — the new televisions expand Samsung’s lineup of displays using quantum dot technology. The subtleties of what makes one display better than another may rest in the eye of the beholder, but Samsung claims that its new televisions can reproduce “100 percent color volume,” or, to put it another way, show all the colors at any level of brightness.

What’s notable about the 2017 QLED televisions, however, is the Chromecast-like feature that allows anyone watching live television shows or videos on-demand from over-the-top services on a mobile device to instantly beam the content to their television. The updated Smart View app will display notifications about when your favorite shows are airing and where you can watch them.

Samsung has previously attempted this feat through its acquisition of Boxee, but that didn’t work out so well.

The new QLED TVs also support the updated “TV plus” service, which just added streaming content from Fandango, along with personalized sports and music sections curated for viewers. 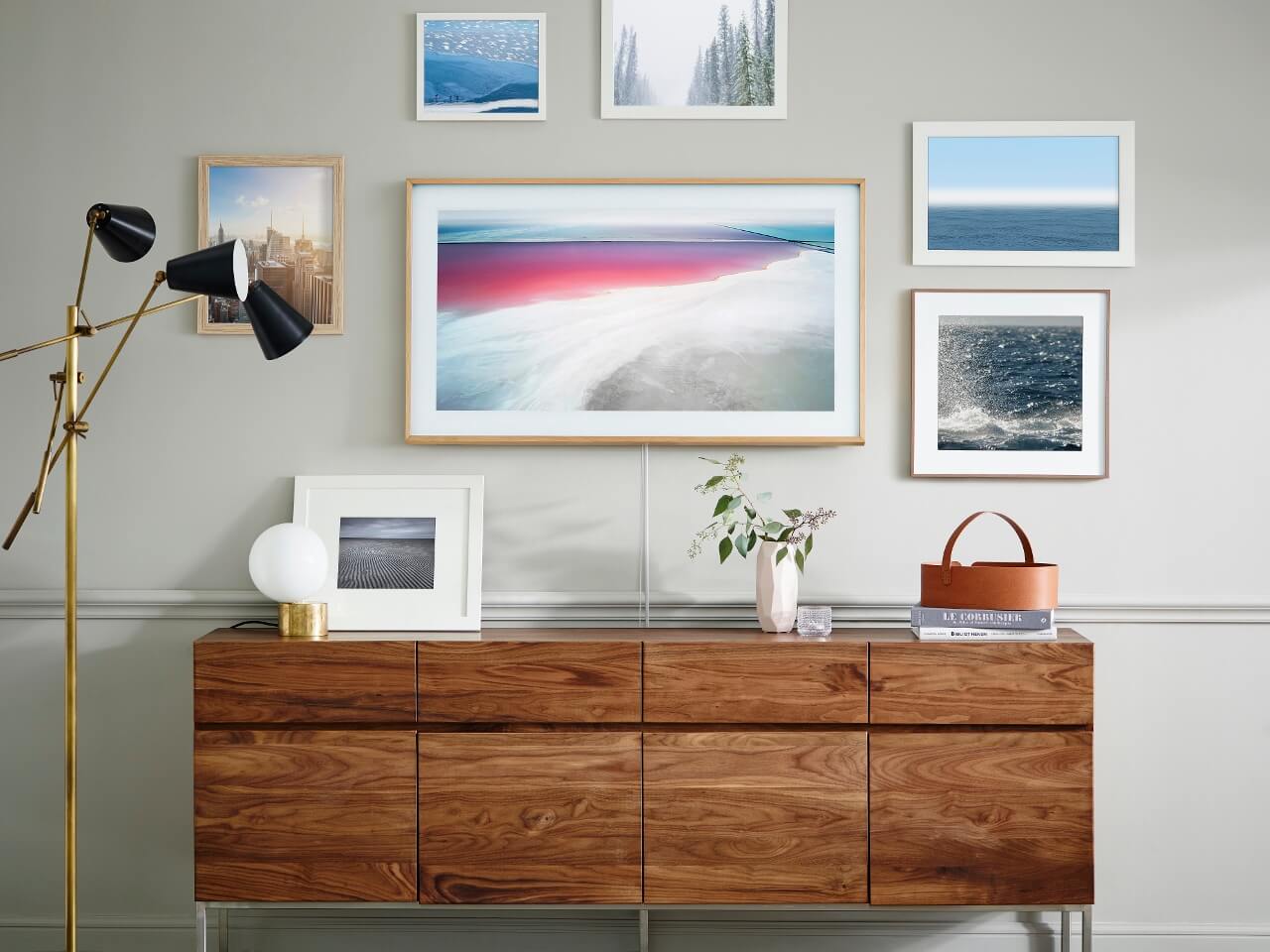 Samsung also introduced The Frame which will transform your television into a piece of art when you have art mode enabled. The device was created by famed designer Yves Behar and is intended to blend art and entertainment together in a way that makes it seem you have a classier room than if there were a giant TV dominating it. Just like the QLED TVs, the Frame supports Samsung’s invisible connection cable and no-gap wall mount.

Pricing has not been revealed for the Frame, but it will be available this spring.