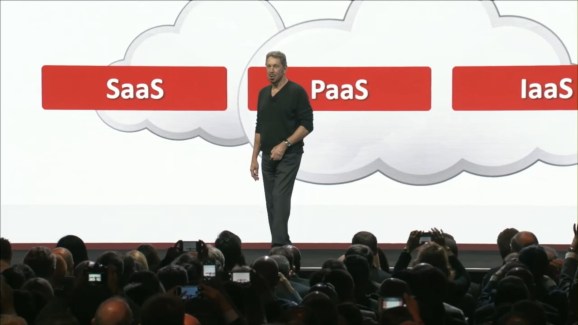 Oracle cofounder, chairman, and chief technology officer Larry Ellison is back at it, saying negative things about Amazon Web Services (AWS), the undisputed leader of the public cloud infrastructure market.

Both our SaaS and PaaS businesses are doing great, but I’m even more excited about our second generation IaaS business. Our new Gen2 IaaS is both faster and lower cost than Amazon Web Services. And now our biggest customers can run their largest and most demanding Oracle database workloads in the Oracle Cloud — something that is absolutely impossible to do in the Amazon Cloud.

Ellison hurled loads of criticism at AWS at his company’s OpenWorld conference in San Francisco in September. He claimed that AWS’ lead is “over.” The numbers don’t show that, but you know.

In the fourth quarter of 2016 AWS produced $3.53 billion in revenue, up 47 percent. Microsoft’s Azure public cloud came up with $2.7 billion in revenue in all of 2016, according to one estimate. In the most recent quarter, Microsoft said Azure revenue was up 93 percent. Oracle’s cloud infrastructure as a service brought in $178 million in revenue for the quarter that ended on February 28, up 17 percent year over year.

Oracle stock was up 3.5 percent in after-hours trading; the company’s non-GAAP earnings per share and revenue exceeded analysts’ expectations.