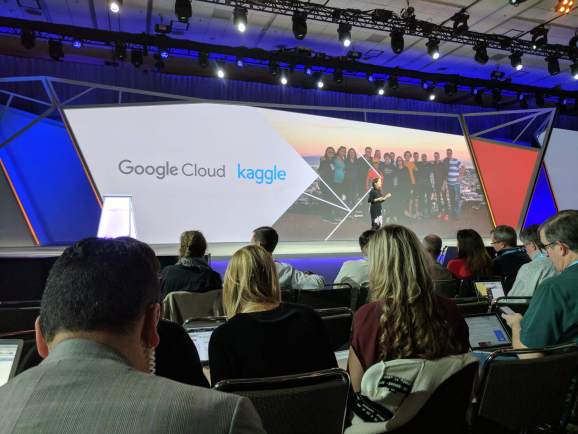 In 2011 I got a phone call from an Australian founder, Anthony Goldbloom, who wanted to hear my story and opinion regarding the competition space and crowdsourcing platforms.

At the time, I was running and growing OmniCompete, which was a London-based crowdsourcing competition platform focusing on security and defense technologies. Our company was later acquired by InnoCentive in the U.S.

Anthony had just founded the data-science competition platform Kaggle. When we talked, I remember how we were both so excited about the limitless space of open innovation and crowdsourcing.

Just a few months later he went on to raise an amazing $11 million Series A round led by Index and Koshla Ventures. And again just a few months after that my UK startup was acquired by InnoCentive. There was true excitement in the air that traditional R&D was over and a new era of open R&D was on its way with Kaggle, InnoCentive, Quirky, and TopCoder leading the way.

When I now look back on that call with Anthony six years later, I have to say that our initial expectations were too optimistic and a few key assumptions haven’t come true:

1. While the big industry players do run a few challenges here and there, crowdsourcing has by no means even had any small impact on R&D. This is partly due to internal hesitations but also because they learned that running a challenge on Kaggle or InnoCentive was best for small on-the-spot issues and not systematic enterprise innovation.

2. The industry learned how to do it in-house, as a recent meeting with the head of innovation of a $50 billion large supermarket chain revealed:

“Initially we ran competitions with Kaggle, but now we are crowdsourcing ourselves as we’d rather own and curate our own solver-crowd after we learned how to do it”

3. There’s been a growth of scattered offerings. Since 2011 we’v seen a plethora of new players offering services similar to InnoCentive and Kaggle. Consulting firms and PR agencies have also gotten into the mix, using their industry niche expertise to win clients against the bigger platforms.

As a result, the amazing vision that Anthony and I had of a world with open competitions and outsourced R&D to rent-a-crowd platforms like ours just never materialized. So it has not come as a surprise that TopCoder got acquired by a small(ish) company in 2013. InnoCentive has not announced any major signs of growth for a few years. The Quirky crowd-inventing platform even went into chapter 11 in 2015. And now Kaggle has been acquired by Google.

So while the Kaggle acquisition may at first look like an amazing exit and a great sign for crowdsourcing platforms, I’d agree with TechCrunch’s assessment that “The acquisition is probably more about Kaggle’s community than technology.”

Over 500,000 community members are active on the Kaggle platform to gain a reputation for machine learning skills, which is a real strategic interest for Google’s ambitions in machine learning and big data.

For the crowdsourcing industry, this means that the real value of the Kaggle platform to Google might not be the IP, the rent-a-crowd model, or the business model but owning the crowd itself and the active community, from which Google can do some critical recruiting.

Why recruiting? Google has to keep snapping up the brightest talents in AI and deep learning as it competes with other companies like Pinterest, IBM Watson, and Facebook for the best AI talent worldwide.

The end of the story is quite different from our founders’ dreams in 2011 to change the world with open innovation platforms that rent out a crowd to companies.

Simon Schneider is CEO of Zyncd and UK Director of ECSI Consulting.