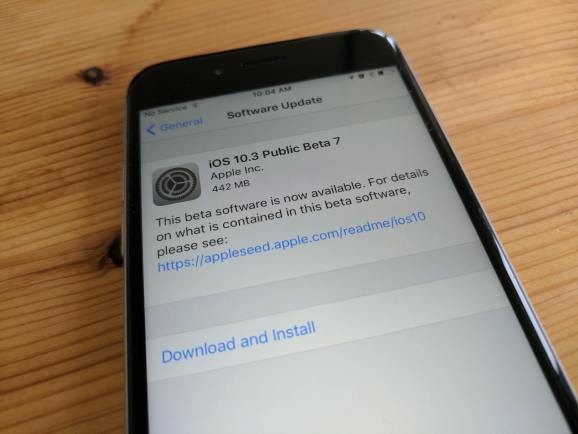 Just three days after Apple came out with the sixth beta release of iOS 10.3, a new update to iOS 10, today Apple started rolling out the seventh beta release.

That Apple chose to put out a seventh build before making iOS 10.3 available to everyone, and so soon after the previous one, suggests that the official version could be coming out shortly, perhaps in the next week.

In addition to releasing the seventh beta to developers today, Apple also made it available to public beta testers.

Today’s beta release does not appear to have any big changes. That said, people may uncover bug fixes and feature updates in the next hours and days.

If you don’t want to wait for the final version of 10.3 and you want to try this seventh iOS 10.3 public beta but you’re not a member of Apple’s Beta Software Program, you can sign up here.

The final version of iOS 10.3 will include Find My AirPods, a widget at the top of the Settings app that aims to improve device security, a switch to the Apple File System (APFS), and more fluid transitions into and out of apps.