The enterprise chat wars are exploding. Last week, Google launched a beta version of Hangouts Chat and just two days ago, Microsoft released Teams in 181 countries and 19 languages. The moves by these 800 pound gorillas imperil companies like Slack, Yammer, and Hipchat — the very companies that pioneered the enterprise chat space.

Yet the giants are taking different approaches. With its 85 million Office 365 users, Microsoft has aready-made market to sell its service. Companies wanting the chat and group collaboration functionality are going to have to pay. Google, as Ken Yeung writes, is taking a page from Slack’s playbook by “establishing a platform to not only be a place to hold discussions, but to quickly jump into video calling when needed.” Hangouts Chat is marketed as a free service, available as part of companies’ G-suite subscriptions. So, a different approach to the same goal of charging businesses.

Google and Microsoft are not alone in their enterprise focus. For instance, Facebook offers Workplace and Cisco has Spark. These big tech companies are now pushing enterprise chat and group collaboration, with bots as a service. Sure it’s an old war for enterprise market share, but now group chat has been weaponized to be integrated into an operating system and a host of applications. If that’s what determines victory, then perhaps first movers like Slack never had achance.

P.S. Please enjoy this video from entrepreneur Christoph Magnussen on the importance of collaborative tools and machine learning. 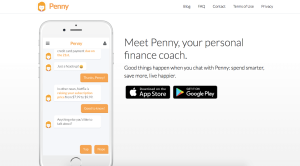 Penny takes on Mint with a bot to manage your money

If you have a tough time managing your personal finances, you might be interested in Penny, an app that examines behavior around your bank accounts and credit cards to alert you of any issues, such as data breaches. The company looks to rival Mint.com in terms of functionality, but is going after the average person […] 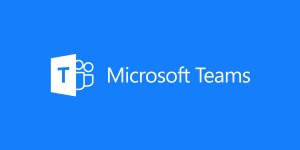 Microsoft today announced Microsoft Teams — with Android, iOS, Mac, Windows, and web apps — has hit general availability in 181 countries and 19 languages. The company’s answer to Slack is part of Office 365, meaning Microsoft Teams is for businesses only — there are no plans for afree or consumer version. Microsoft Teams […] 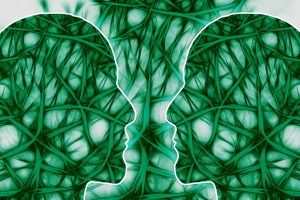 Artificial intelligence is having its breakout moment. Once confined to the realm of science fiction, it seems bright-eyed entrepreneurs everywhere are now getting into AI. As renowned author, editor, and futurist Kevin Kelly puts it, “The business plans of the next 10,000 startups are easy to forecast: Take X and add AI.” But while disruptive […] 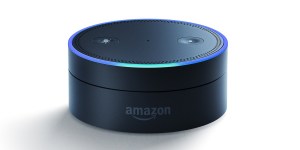 Amazon’s voice-controlled Echo Dot was a popular gift over the holidays. If you have one, you know it can make your life easier in any number of ways, letting you do everything from playing a song to turning off the kitchen lights using only your voice. While most people know that the Echo Dot does […] 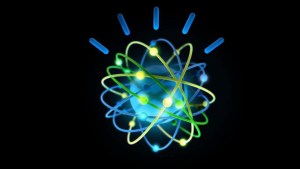 10 ways you may have already used IBM Watson

Watson captured the public imagination about artificial intelligence after defeating two world champions of Jeopardy in 2011 and bringing home a$1 million prize. Since then, Watson has gained new cognitive capabilities through APIs like Alchemy (for sentiment analysis), Tone Analyzer (for personality and emotional analysis), and Conversation (a chatbot builder) and has been embedded […] 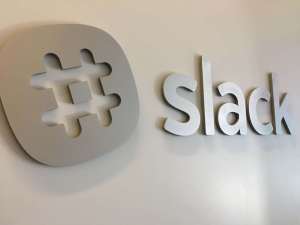 Slack’s problem just got a lot worse. Not only did the full-page New York Times ad fail to stop the upcoming launch of Microsoft Teams next week on March 14, but now Google is entering the fray with Hangouts Chat in private beta. For the millions of G Suite and Office 365 users, Slack will […]

‘It Has To Have A Soul’: How Chatbots Get Their Personalities

In the year 2000, logging onto the Internet usually meant sitting down at a monitor connected to a dial-up modem, a bunch of beeps and clicks, and a “You’ve got mail!” notification. In those days, AOL Instant Messenger was the Internet’s favorite pastime, and the king of AIM was SmarterChild, a chatbot that lived in your buddy list. (via NPR)

According to a recent study by technology company Retale, 58% of the 500 Millennials surveyed have used chatbots. Of the 42% of respondents who had not used them, 53% were interested in using them, 26% had no interest in using them, and 20% were neutral. (via Social Media Examiner)

Chatbots are new and hot but how do you get them to make money for your company? Is it really possible to leverage chatbots to generate sales? More importantly, have you created a chatbot but are struggling to monetize it? (via Entrepreneur)

A strange thing happens when Capital One sends out automated fraud alerts via SMS. A significant number of customers seem to believe the sender is human, and begin responding with natural language. (via Fast Company)