While many peer-to-peer payment and personal finance services are geared toward the U.S., a new one has emerged to buck that trend. Koho is launching to the general public — starting in every province in Canada except for Quebec — as a mobile hub to help manage people’s finances. The startup has secured a partnership with Visa to give it a boost out of the starting gate.

A blend of Mint.com, Venmo, and Digit, Koho seeks to provide free banking services to millennials, while also giving consumers easily digestible and transparent access to their financial data so they know exactly were their money is going. Koho appears to be consolidating things so you no longer need several apps to accomplish these various tasks.

Once an account has been activated, users will receive a prepaid Visa card issued by Peoples Trust Company, which can be used anywhere Visa is accepted. The idea is to load the card with just the funds needed to get by until the next paycheck. The expectation is that some money is being put away for savings, which Koho said that it’ll do for you automatically. All transactions made with the Visa card will be recorded within Koho, which provides the tracking needed to encourage financial discipline. 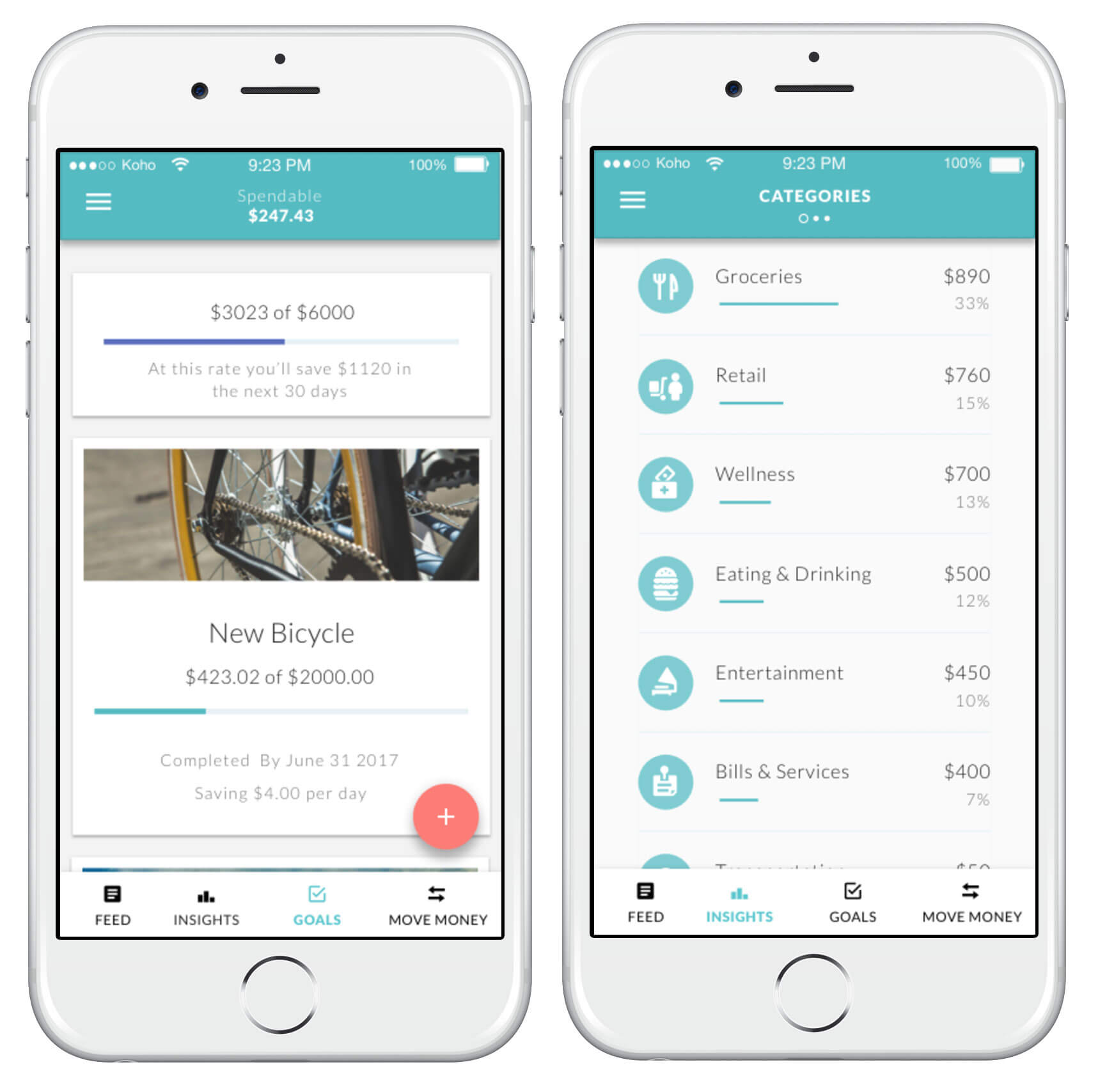 There are no costs for customers to use the Koho service, but the company does charge merchants when the Visa card is used. Through its partnership with the credit card provider, Koho receives a percentage of the interchange fees. In addition, revenue is generated from banking partners through currency exchange and out-of-network fees. However, the company says that none of these fees are passed along to customers.

Koho’s launch comes after more than two years of development and beta testing. “The response during the private beta was amazing,” said Daniel Eberhard, the company’s chief executive, in a statement. “More than 10,000 Canadians signed up; we transacted over $1.3 million dollars. In virtually every metric, Koho is used in a fundamentally different way than traditional offerings.”

Right now, Samsung Pay, Apple Pay, and Android Pay are not supported, but Koho said that the company plans to include them eventually, starting with Apple Pay in the late second quarter.

The company has raised $1.95 million (CAD $2.6 million) in venture funding from the founders of Hootsuite and Shopify, along with Power Corporation of Canada, Gil Penchina, and Stanley Park Ventures.

Koho is available on iPhone today, and an Android version will launch next quarter.