What do you do after founding a company that manages a billion dollars in annual adspend and is Google’s largest and fastest-growing partner? 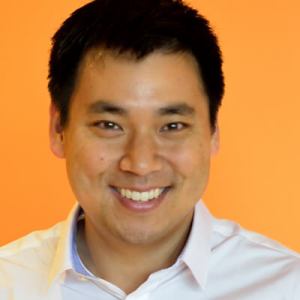 Larry Kim, the influential and popular founder of perhaps the best paid search marketing platform on the planet, has left WordStream, the company he founded and built. WordStream currently employs  over 200 people, boasts 10,000 clients, and has an off-the-record but very respectable high eight-figure revenue run rate.

So why leave a winner?

“It’s a big company now, and I’m looking to go back to my roots as a product developer,” Kim told me earlier this week. “I’m very excited about chatbots and AI, and there are some really interesting applications of this technology in marketing. I want to be one of the leading companies bringing this to market.”

His new gig is MobileMonkey, which builds marketing bots for messaging platforms.

The technology will sit in the conversion flow for specific verticals, like medical or dental. It will help companies convert leads into customers by automating personalized bookings via a conversational interface. The scenario is that you’re looking for a new dentist, you find him or her online, and you initiate a conversation via Facebook Messenger or other messaging platforms that, ultimately, leads to a booked appointment.

“The goal is to build technology to bridge the gap between desktop and mobile conversion rates,” Kim says. “Conversions in mobile apps and the mobile web are pretty broken right now. For certain types of businesses, chatbots and AI can fill a big gap.”

The kinds of companies he’s targeting are already spending significant amounts of money advertising via Google. Adding conversion optimization via a personalized-at-scale chatbot experience makes a lot of sense. It also makes a lot of sense to target specific verticals. It’s hard to make bots universal and still usable, but it’s much easier to make them feel smart when they only have to deal with a limited set of standard requests in one particular niche.

While the news is just going public now, MobileMonkey has been in operation for a number of months, has five employees, and has raised $300,000 in seed financing. Kim also has “approximately 40 paying customers right now,” which is impressive for such a young company.

(Of course, Kim’s connections in the industry would help.)

As far as WordStream is concerned, Kim has nothing but positive things to say. He’s still the majority owner and is still pulling for the company’s success.

“I have a lot of gratitude for everyone at WordStream,” Kim told me. “It’s been quite a remarkable journey.”