Cambridge, England-based ARM said in a press call that the new designs (ARM designs chips and its partners incorporate them into their own manufactured chips) will be available in ARM Cortex-A processors coming to market later this year in automotive, networking, server, and “primary compute devices.”

The new processors will enable flexible multicore processing — in which a computing device has to juggle many different tasks of varying sizes at once. It will also emphasize “heterogeneous compute,” or using different kinds of cores or processors in the same machine, said Nandan Nayampally, general manager of the ARM Compute Products Group, in a press briefing. 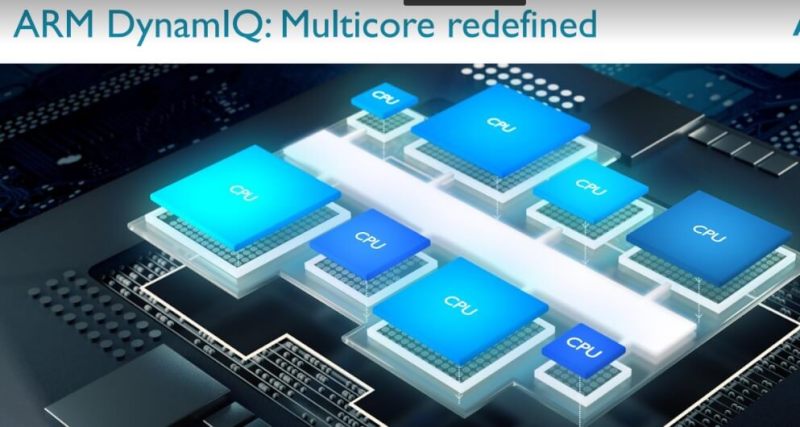 The Dynamiq technology will enable big.LITTLE processing, which means it will combine smaller, power-efficient cores (LITTLE) and large, powerful cores in the same computing device. Such a combination allows for more flexibility in processing whatever has to be handled at any given time.

ARM considers Dynamiq to be the biggest micro-architectural shift since ARM announced its 64-bit computing architecture in 2011. In the next five years, ARM estimates that its chip partners will ship 100 billion chips, compared to 50 billion chips shipped in the past five years.

The Dynamiq instructions will also be specifically tailored to improve artificial intelligence and machine learning, with a 50-fold boost in AI performance coming in the next three to five years, ARM said.

For networking purposes, ARM can now scale to eight cores on a single cluster. It can scale with significantly reduced latency through more efficient communications. And for automobiles, Dynamiq promises more safety features, and the AI instructions will help, as well.

Nayampally said that Dynamiq will also make it easier for companies to come up with coprocesssing technology alongside the ARM-based processors.