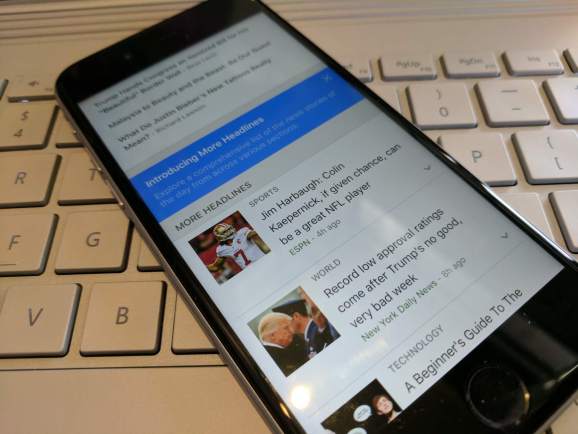 Google today announced that over the next few days it will be rolling out an update to its Google News & Weather app for Android and iOS that introduces a More Headlines section, giving users lots more news to explore — specifically, 200 additional articles.

The new area will be visible at the bottom of the home section of the app, Google News product manager Anand Paka wrote in a blog post. Once you tap on an article to check it out and return to the main home window of the app, you’ll see articles that are related to that one, just like you would throughout the rest of Google News & Weather or Google News on the web.