Today, businesses seeking to send small satellites into space must rely heavily on larger space deliveries, which only happen about a dozen times a year. Rocket Lab wants to fix that by providing weekly launches for small, private satellites, and it has amassed $75 million in additional investment to do so.

“Over the past few years, America has gone to space between 18 to 20 times a year on average,” wrote Rocket Lab founder and CEO Peter Beck, in an email to VentureBeat. “That includes all launch service providers combined.” The startup claims it would be capable of carrying out 60 percent of those payloads.

Beck’s solution is Rocket Lab’s Electron launch vehicle, which runs on a 3D printed, battery-powered rocket engine named Rutherford. “Thanks to this method of construction, the engine lends itself to rapid manufacturing, in turn reducing the cost and time of creation, and increasing the ability to launch with higher frequency,” Beck wrote. 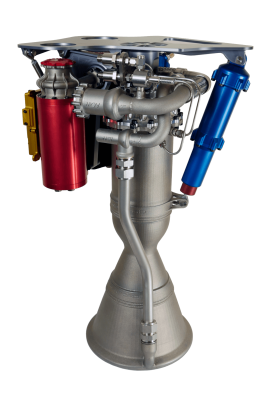 A Rocket Lab mission will cost about $4.9 million, which is a fraction of the current average launch price. Based in Huntington Beach, Calif., Rocket Lab built a launch site in New Zealand to take advantage of the island’s minimal air and marine traffic.

According to Beck, the benefits of satellites are numerous — from increased internet accessibility to improved GPS and natural disaster predictions. But satellites can turn into space debris with time, which could damage the newer satellites in orbit.

Rocket Lab currently has three Electron launch vehicles — one undergoing final tests and two still being assembled. The startup, whose first test launch is slated to occur within the next couple of months, plans to generate revenue from customer-requested launches. Beck declined to share the exact number of contracts the company has, but he did say that customers include newer companies like Planet and Spire, as well as industry behemoths like NASA.

One obvious competitor is Elon Musk’s SpaceX program. Beck admits there are similarities between the two but claims they are targeting different customers. And even though Uber is in no way a direct competitor, the comparison is irresistible in light of Rocket Lab’s “rideshare” option, which is essentially a way for companies to get their payload into orbit without needing to purchase a dedicated launch.

Beck admits we aren’t the first to ask Rocket Lab about being the “Uber of space.” “Although with the focus we’re putting on customer requirements and service, we like to think of ourselves as more of a limousine company.”

Today’s additional funding brings Rocket Lab’s total raised to $148 million since it was founded in 2006. Data Collective led the round, with participation from Promus Ventures and an undisclosed investor. Existing investors Bessemer Venture Partners, Khosla Ventures, and K1W1 also joined. The startup claims to be valued at over $1 billion at present.

The new money will be used to scale the production of launch systems — some vehicle parts will be manufactured in Huntington Beach, Calif., while larger flight structures, such as the rocket frame, will be produced in New Zealand. Rocket Lab currently has between 150 and 200 employees.