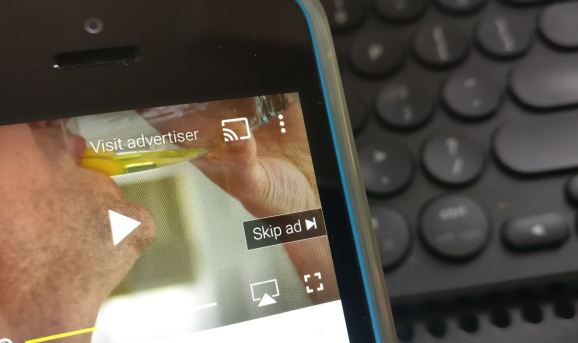 Google has provided a little more insight into how it plans to help brands avoid appearing alongside controversial videos on YouTube.

The internet giant has faced growing criticism for making money off ads that run against videos associated with terrorist group sympathizers, among other “hateful” groups, with brands often unaware or unable to control the ad placements. At last month’s Super Bowl, Hyundai created an ad hailing U.S. troops that was then used as pre-roll to a video supporting Hezbollah. A number of companies have since halted their online advertising on YouTube after encountering similar issues, and last week both the Guardian newspaper and the U.K. government announced they had suspended their YouTube advertising.

In the wake of mounting pressure from the U.K., Google last week revealed it would create “more robust” tools to help YouTube advertisers avoid controversial videos, but the company stopped short of saying what those tools would be. Now we have a better idea of what Google has in store, and it involves creating new policies and new ways to enforce these polices and giving brands more control.

It’s worth noting here that Google is very careful with its wording regarding the controversial content that brands are taking umbrage with. Google doesn’t mention “terrorism videos” or other specific instances that were uncovered through a number of investigations by the U.K. media. Instead, Google elects to say “content that doesn’t align with their values,” as per an announcement earlier today.

Moving forward, Google says that it’s “raising the bar” for its ad policies, meaning it will strive to be more effective at removing ads from content that is “attacking or harassing people based on their race, religion, gender, or similar categories,” added Schindler. “This change will enable us to take action, where appropriate, on a larger set of ads and sites.”

On a more practical level, Google also says that it will try to ensure that ads are only displayed against content created by those in the YouTube Partner Program.

The recent brouhaha around YouTube’s advertising policies may have been born out of the U.K., but there are growing signs that more advertisers around the world are taking note and could follow suit by halting their YouTube ad spending. And this is why Google is now vowing to tackle the root problem — the controversial videos themselves. “We won’t stop at taking down ads,” continued Schindler. “The YouTube team is taking a hard look at our existing community guidelines to determine what content is allowed on the platform — not just what content can be monetized.”

As such, Google says it will be hiring more people and investing in additional resources through AI and machine learning to automate the process of cutting the link between questionable videos and ad placements.

Starting in the next few days, Google also says that it will begin rolling out new tools for advertisers to manage where their ads appear on YouTube. This will include account-level controls that make it easier for brands to exclude specific channels and sites from their Google ad campaigns. And Google will also allow advertisers to adhere to a tougher default of “brand safety” that it hopes will catch more “objectionable content,” though brands are still able to opt into a broader network of videos to increase their revenues.

“We believe the combination of these new policies and controls will significantly strengthen our ability to help advertisers reach audiences at scale, while respecting their values,” said Schindler.