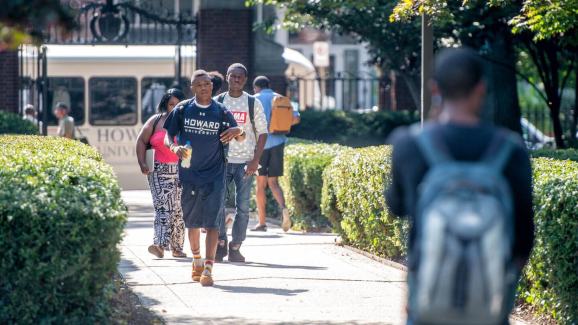 As technology giants face mounting criticism over the lack of diversity in their organizations, companies from across Silicon Valley and beyond have been releasing annual diversity reports to chart changes in their internal makeup. But a lack of real development has also led some companies to delay subsequent reports as they reevaluate their strategies.

Google has released diversity reports since 2014, but the first couple of years garnered little in the way of real progress. This is why the internet giant is now expanding its relationship with D.C.’s Howard University — a historically black educational institution.

Though Google has had a formal recruitment program at Howard for a number of years already, the company today announced a residency for junior and senior computer science (CS) students from the institution. The three-month program, called Howard West, will be located at the famous Googleplex in Mountain View, Calif. and includes working space, tutoring from senior Google engineers, and a “generous stipend” toward housing and living expenses.

“Howard West is now the centerpiece of Google’s effort to recruit more black software engineers from Historically Black Colleges and Universities (HBCUs) — and to make them feel right at home here in Mountain View,” explained Bonita Stewart, VP of global partnerships at Google.

Back in 2013, Google dispatched a team of engineers to help overhaul one of the introductory computer science courses at Howard University, a move that led the company to establish the Google in Residence (GIR) program at a number of HBCUs, including Hampton University and Fisk University. The program entails Googlers spending up to five months on campus teaching the basics of computer science, including coding and debugging.

“Through GIR, we’ve learned a lot about the hurdles black students face in acquiring full-time work in the tech industry,” continued Stewart. “The lack of exposure, access to mentors, and role models are critical gaps that Howard West will solve. We’ve also heard that many CS students struggle to find the time to practice coding while juggling a full course load and part-time jobs. Left unchecked, systematic barriers lead to low engagement and enrollment in CS, low retention in CS programs, and a lack of proximity and strong relationships between Silicon Valley, HBCUs and the larger African American Community.”

The program will start in summer 2017, and Google says that it plans to eventually open things up to include students from other HBCUs — of which there are more than 100 across the U.S.