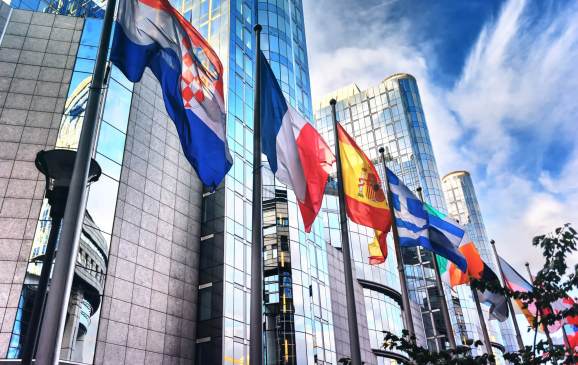 The history of family offices – private wealth management vehicles established by high net worth families – has long been entwined with that of venture capital. Indeed, several leading VC firms, including Bessemer Venture Partners, Greylock Partners, Frog Capital and Atomico, have emerged from family offices, while many wealthy families have built their fortunes through entrepreneurship or by investing in (or managing) early-stage businesses, and thus have it in their blood.

With, according to some estimates, $4 trillion held in family offices globally today, the diversity of investors from the family space in VC is on the rise. Against a backdrop of intense media interest in the tech startup ecosystem more generally, and a younger, more tech-savvy generation taking over the running of many family offices from their parents, research from Concentric (my firm) last year uncovered a huge and growing appetite for VC among these funds.

Based on conversations with more than 300 family offices worldwide, we found that around 70 percent of those we spoke to are already actively investing in or evaluating exposure to tech VC. However, the majority of them are having a decidedly mixed experience of investing in the asset class and, perhaps still licking their wounds after earlier forays, remain unsure about how best to approach it.

This has grave consequences for Europe’s tech scene.

European VC has a well-documented and persistently large funding gap with the U.S., which threatens the continent’s medium-term viability as a startup hub. Despite Europe as a whole incorporating more tech companies than the U.S., possessing five of the top 10 computer science schools, and producing more developers, European startups receive just a fraction of the funding of their U.S. counterparts. Until this is remedied, Europe will continue to lag the U.S. as a producer of tech unicorns, not to mention global brands on the scale of Amazon, Apple, Google, Facebook, and Snap.

Along with large corporates (who are increasingly investing in and acquiring startups, as well as hothousing their own) across Europe, family offices – with a global average of $759 million in assets under management – must be a major part of the solution to plugging this gap.

From a VC and startups point of view, ramped up involvement of family offices is a no brainer. Nimbler and less bound by rigid processes, family office investors frequently have deep networks and the ability to open doors more effectively than institutional investors, while the capital required for VC investment is relatively small compared with the wealth many single or multiple family offices manage.

It makes perfect sense from the other side of the table too. Many family offices are in search of higher yields from their investments and are gravitating towards riskier products with better returns such as VC, which also offers the allure of potential (if statistically unlikely) blockbuster investments.

Furthermore, Concentric’s research indicates that the generation currently taking the helm at many family offices have an innate understanding of and affinity with tech startups and disruptive business models.

Clearly family offices cannot bridge Europe’s funding gap alone. Closing the gap will require a coalition of national and city governments, corporates, and institutional and angel investors alongside high net worth families. And for that to happen, we’ll need to see a shift in mindset towards VC generally in Europe, which is still perhaps two generations behind the U.S. on this front.

On the other side of the Atlantic, there is a greater propensity to take risks, a stance that pays off in the long run, because VC creates value over and above a specific investment. In the U.S. it is widely understood that talented but failed first-time entrepreneurs are simply success stories in waiting, who will be in a better position to succeed next time around. In some parts of Europe, by contrast, there lingers a stigma around failure, which impacts capital allocation.

But, slowly, as Europe’s tech startup boom continues, attitudes to risk are changing amongst both institutional and private investors. From our extensive conversations, there is unprecedented interest among family offices to invest in the next wave of European innovation and R&D, thereby increasing the volume of startups that reach escape velocity, as well as thrive at growth stage and beyond.

We are now at a critical juncture. If European tech’s momentum isn’t to fade away, we need family offices to punch their weight and allocate far more investment into VC. Without them, we will fall further behind not just the U.S. but other parts of the world, including Asia.

Denis Shafranik is a founding partner at Concentric, a pan-European VC.